Oppo will unveil its first watch on March 6, and today the company posted some teasers about the display of the wearable. The Watch will have a 1.91” screen (that we already know will have curved edges) and will reach 326 PPI. The new gadget will also have 100% DCI-P3 color gamut. 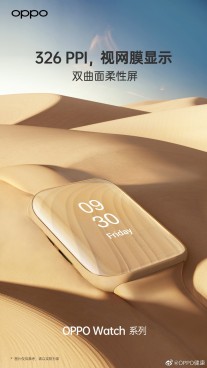 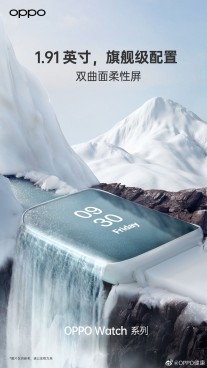 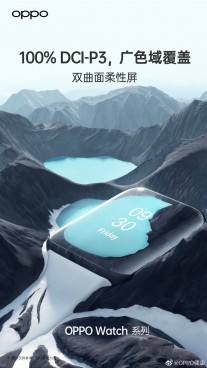 The watch that doesn’t look at all like an Apple Watch because it doesn’t have a crown, but stick to two buttons on the side, will support calls at major carriers in China but should work with telecoms outside of the domestic market as well, as long as they support eSIM.

The Oppo Watch will run Android Wear OS and might have an ECG (electrocardiogram) sensor that reads the rate and rhythm of the heart and can spot signs of atrial fibrillation. Brian Shen, company VP, claimed that the gadget is there to serve the users and not just look good, that’s why Oppo decided to go with a square design instead of a circle like many other manufacturers.

Very simple. Apple is the trend starter. Others mainly not. Everyone go notches when they see Apple do it. Not Essential. Android wear, everyone goes circles.. and failed to pick up, even Motorola 360 failed to even touch Apple watch's sales. ...

Well, first Apple watch is inspired by Microsoft watch (the one, never realesed), so what? Also, Sony smartwatch was on the market before first Apple watch. Just saying, also goes for notch, first phone was Essential with (teardrop) notch, not iPhone...

the main difference of both design is Oppo's doesn't have crown, usually I don't impressed by Oppo products, but I kinda agree that just because it doesn't have crown and use curved screen made it unlike Apple Watch and it looks more elegant.