Pantech has just announced what looks like the most powerful Android smartphone to date. The Pantech Vega Racer packs a dual-core processor clocked at 1.5GHz plus the Adreno 220 GPU, which is a mouth-watering combo.

Unfortunately at launch the Pantech Vega Racer will only be available in Korea and there's no saying if availability in other regions will follow. 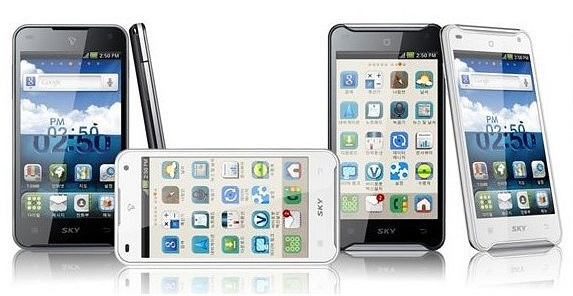 The Vega Racer is based on the same chipset as the HTC EVO 3D - Snapdragon MSM8660, but due to the overclocked 1.5GHz CPU should be even speedier.

The other specs highlights of the Vega Racer include a 4.3" LCD of WVGA resolution, 1GB RAM and a couple of cameras - an 8 megapixel one at the back and a 1.3 megapixel unit for video-calling.

Pantech Vega Raver will run on Android 2.3 Gingerbread when it hit the SK Telecom shelves later this month. Whether it will later set on a world tour remains to be seen, but it has every chance of going in the history books as the first 1.5GHz dual-core phone.

Pantech has also revealed that it is already working on a tablet of its own. They didn't give us an estimate as of when it might become available but we'll be on the lookout for more information about it in the future.

it looks pretty lame. I'll stick with the much better quality of the EVO 3D.

It probably already is mate. ;-)