Pantech has officially announced its Vega Iron smartphone with 5" 720p display in South Korea. The latest addition to the 5" club will be available from KT, LG U+ and SK Telecom in the upcoming days and unfortunately, there is no official confirmation on its pricing just yet. 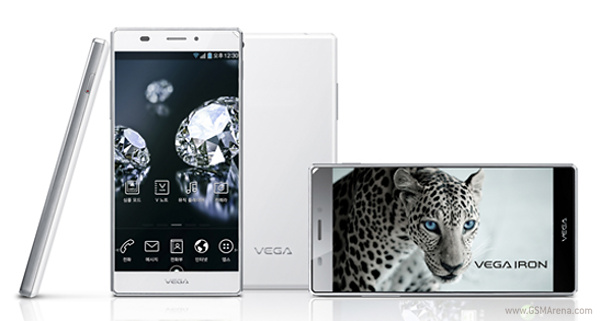 Pantech Vega Iron comes out with a 5" 720p display and features a Qualcomm Snapdragon 600 chipset with 1.7GHz quad-core Krait 300 CPU, 2GB of RAM, 13 megapixel rear camera, 32 GB inbuilt memory with microSD support up to 64 GB and the latest connectivity options.

In addition to its powerful specifications, the Vega Iron impresses with it super thin bezels. The smartphone has a screen-to-surface aspect ratio of 75.5%, with its bezels measuring just 2.4mm on either side of the screen.

The Vega Iron is powered by Android 4.1.2 Jelly Bean and the device runs on a relatively small 2,150mAh battery.

Thanks Stojan, for sending this in!

this phone serves me from 2014 up to present, but sadly the volume+ broke (board level problem not volume button issue), now couldnt go to recovery mode to flash a rom coz its stuck on logo. adb also is useless coz i wipe it clean that means develope...

Oli is an EV from future that gives more by giving less according to Citroen Li Auto announces the Li L8 and Li L7, pre-orders startDeliveries of Nio ET5 already began across China
ADVERTISEMENTS