Google leads Android’s software side, but recently it became more engaged in the hardware side as well – meet the second generation Pixel phones. As before, we’re looking at a small and an XL model.

We’ll begin with the more premium device – the Google Pixel 2 XL . The LG V30 influences are clearly visible in the 18:9 P-OLED screen. Its bezels are a bit thicker since they’ve been loaded with stereo speakers. The screen measures 6” and it is taller but not wider than the screen of the original XL. The resolution is 1,440 x 2,880px (538ppi) and there's a circular polarizer for improved sunlight legibility. Always On Display is enabled too(Oreo brought native support). 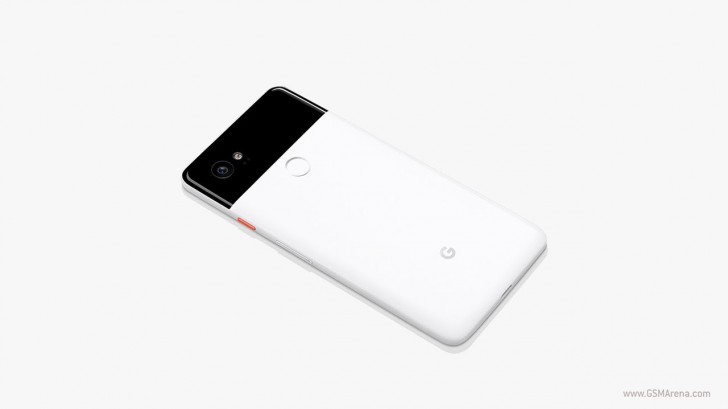 The screen is tucked under a protective pane of Gorilla Glass 5 with beveled edges (3D Arc Glass). There’s glass on the back as well, the rest of the body is built out of aluminum. The basic water resistance was bumped up to IP67.

The Pixels stick with single cameras on the front and back. The main camera now has OIS to aid its 12MP sensor and next gen image processing. The selfie cam seem unchanged with its 8MP sensor and f/2.4 aperture. 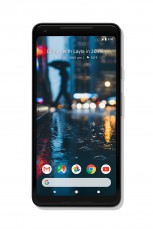 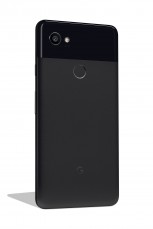 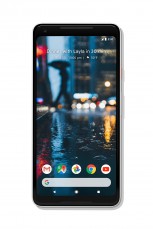 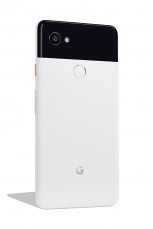 The core of the new Pixel XL 2 is the top Snapdragon dog - 835, coupled with 4GB of RAM and running Android 8.0 Oreo. Google did bump up the storage, now 64GB is the base option (there’s a 128GB model for those that need more). The battery is essentially unchanged at 3,520mAh capacity.

Google put an eSIM inside the new phones, which will be used with Google Fi and other carriers. There’s a standard nano-SIM slot if you want to use this the old school way (both GSM and CDMA networks are supported).

Pre-orders are live today in the UK, Germany, the US (via Google Store and Verizon), India, Australia and Canada. For a limited time, you're getting a free Home Mini. Pre-orders in Italy, Singapore, Spain will kick off later this year.

The Google Pixel 2 looks stuck in time with those chunky bezels on the front. They do house front-facing stereo speakers, but the device isn’t that much more compact than its XL sibling. The screen itself hasn’t changed in size – it’s still a 5” AMOLED panel of 1080p resolution.

Both Pixels share a feature borrowed from the HTC U11 – the phone can detect pressure on its sides so you can squeeze it to trigger select actions. Launching the Google Assistant, for example. 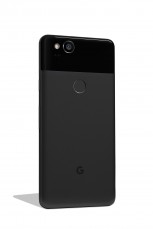 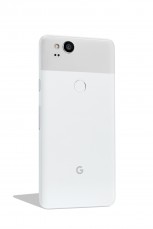 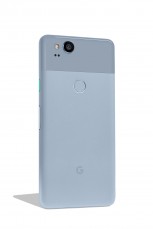 You are also getting the new 835 chipset and extra storage compared to last year’s model, the new OIS-enabled camera as well. Both Pixel 2 models get free Google Photos storage.

Movies are 4K now .. and are in Gigs , you need fast VERY fast storage. I personally dont understand why they dont add a fasr reader for the SD cards inside the phones , they do exist but i guess they want to cut cost . Once they add 200MB...

App install is other thing. You can store media till 64-256GB in the phone even if reading is slow but what about phones with only internal, half or more space will be taken OS, software and your apps where is the space for photos, videos, files etc?

You make a fair point. I've only ever owned Sony phones and the bezels have never been unwieldy to me. I have even gone as far as disassembling the last two I've owned and I found that the space under the bezels were filled with components like the...