The Realme 5 Pro is more than the company's first quad camera phone. The company never made a triple camera phone - it jumped straight to four. And the dual cameras it made previously were simple main + depth sensor. So this is a quantum leap forward.

The main camera uses the tried and true 48MP Quad Bayer sensor by Sony (IMX 586). It's a sensor optimized for both daylight shooting (with HDR mode) and low-light photography (with Realme's Nightscape). This same sensor was used in the Realme X. 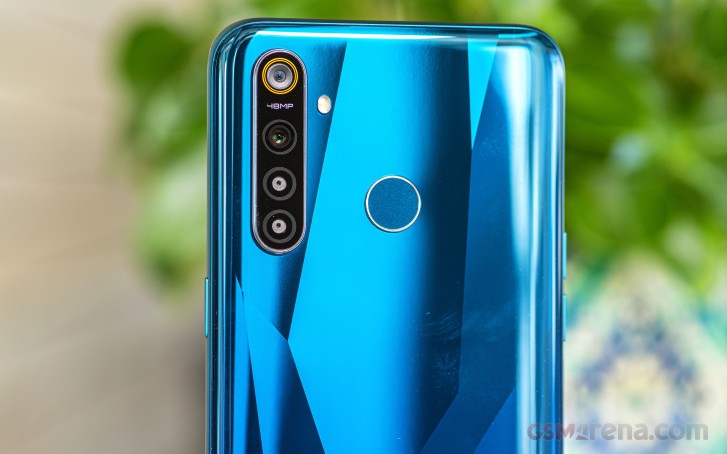 Then there's the 2MP macro camera (the pixels on the sensor are quite large, 2.0µm). Its lens can focus from as close as 4cm away, so you can get really close to your subjects. Note that the macro and the ultra wide cameras can't record video.

Realme calls the fourth unit the "Portrait camera", rather than just a depth sensor. It certainly helps with the bokeh rendering, but allegedly, it's also used to enhance the contrast of the final photo.

The ultra wide, the macro and the portrait cameras are shared between the Realme 5 and 5 Pro. The main camera and the selfie cameras are different, however, with a notable advantage in terms of hardware in favor of the Pro.

We'll start with photos from the main camera. By default, it shoots in 12MP but you can enable 48MP if you prefer. Doing so, however, noticeably slows down the camera - it takes about a second and a half to capture and store the image.

The major addition this generation gets is the 119° ultra wide camera. It fits significantly more of the scene into the frame, compared to the images above.

We also tried out the Portrait mode. It's a bit finicky, so we had to take several shots for safety (in some shots the bokeh wasn't quite right).

And here are some low-light samples.

The 16MP IMX 471 sensor has 1.0µm pixels, which can be binned into 2.0µm pixels in the dark. It also features electronic image stabilization for videos. The sun was already pretty low in the sky so we shot this photo in the shade.

Then we headed to a dark room, the same room we shoot our low-light tests for the photo comparison tool. And the pixel binning proved to be quite effective - the photo is quite bright and rich in detail (especially compared to the shot from the Realme 5).