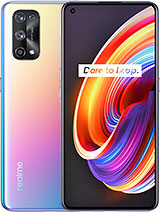 noway, 27 Aug 2020nooo! punch hole its nightmare for gamers why not pop up its best option ?*light, thin, you can hide it with your finger while playing easily

nooo! punch hole its nightmare for gamers why not pop up its best option ?

X7Pro is shaping up as the first high-profile Realme smartphone in its short history, to be widely remembered and recognized, to help define the new Realme.

Is this new demenisity 1000+ ship good for gaming

Give this phone stereo speakers then I' LL buy it..missed the days of music centric phones..

Realme say they dnt have any information to release this phone in India. I ask them when this will launch in India they reply me this.

Goodboi, 24 Aug 2020This is nord killer as well as xiaomi k30 ultra killer under 300$-350$For nord yes, the realme x7 pro is a nord killer but As you said "if the x7 pro is 300-350€ it's gonna be a k30 ultra killer" the answer is no because the k30 ultra is 280$ and has a better build quality "aluminium frame" I think it is considered a KILLER if it is cheaper like x7 pro vs nord or at least same price with better features

limecheesecake, 23 Aug 2020Please stop having a racist bias against Chinese phones that has nothing to do with phones, th... moreExactly. And the other guy here the same. (if it's not him)

Anonymous, 25 Aug 2020The most memorable smartphone from Realme in its history. Uncertain whether it will succeed in... moreI'm still not sure if this is gonna be released globally or not. If they do launch it, then Xiaomi may possibly bring D1000+ too. Ultra after all or a new model. If chips are available though.

For those who say m30s is better dont mind them they are freefire player and tiktok user. They dnt know about processor. They think battery is the performane of the phone. They think that 6000mah battery can unlock HDR+Extremd graphic😂.

Anonymous, 25 Aug 2020I have it and it has an amazing soc for normal usage, it is the best for the price, exyos of m... moreNope, I won't choose Samsung m30s, it has issue about FPS, throttling issues and the device will hot quickly.


Why I am not choose Samsung m30s.

1) It has an exynos chipset
- This chipset isn't for a gamer. During the gaming, the devices will become hot and frame per second will drops. So, if Samsung brings Snapdragon for Samsung m30a, it won't have any issue with its performance during gaming.

2) This phone is just whoever playing social media only.
- As I mentioned above about exynos chipset, whoever just watching YouTube or playing Facebook and less playing the games, that phone is a right choose.


P/S: Mediatek is far better than any types of exynos chipset. Even, Mediatek has heating issue with its chipset but they doesn't have any issue about frame drops. If you compare between mediatek dimesity 1000+ and exynos 990, I think mediatek will win.


I'm a gamer who find a good smartphone. For me, I will choose redmi k30 ultra instead of samsung m30s.

Anonymous, 25 Aug 2020I have it and it has an amazing soc for normal usage, it is the best for the price, exyos of m... moreBullshit, samsung exynos is sucks....

"Samsung is the best and it gives the best"
yeah, sounds like a samsung fanboy

TL;DR: you're drunk man, stop it. sober up before commenting

Anonymous, 25 Aug 2020nope, the m30s is terrible. exynos is terrible, even worse than mediatek lmaoI have it and it has an amazing soc for normal usage, it is the best for the price, exyos of m30s + samsung devices is better than mediatek + unkown chinese companies wich are clearly from china because better compatibility, samsung is the best and it gives the best, m30s is better than this phone because it has the build quality of not a chinese company (samsung) and it has exynos wich is very stable and better overall, maybe a bit less in performance, and everything best for price, I am actually using it and it is a beast for the price with very good design,

The most memorable smartphone from Realme in its history. Uncertain whether it will succeed in the market, given the most fearsome competition in its domestic 5G market, but it will be a strong breakout statement from the new Realme.

This is clearly a targeted design: domestic 5G market, 2000CNY-3000CNY($285-$430). Its design language is heavily borrowed from the hugely successful Honor 30 Series, but the phone is tasked to compete against all other popular 5G series in the same narrowly focused domestic 5G market segment. Based solely on the leaks, this phone stands out on two fronts: 1) an "in your face" design; and 2) a uniquely selective focus on certain aspects of the phone, while leaving most other aspects of the phone at a stage of being "just good enough".

The selling points:
- Premium flagship grade display, E3 flexible AMOLED with COP (Chip On PI). A very expensive step-up over all other phones in this segment.
- Flagship grade fast-charging (65W), a first in this segment. Claimed to be better than all other "65W charging" on the market.
- thin, rumored to be just 7+mm.
- light, 175g (confirmed).
- an "in-your-face" design, easily recognizable, reminiscent of Honor 30 series whose design has been enthusiastically embraced by the market.

As a side note, an option is being actively considered so that buyers can put the letters of their own choice on the back-panel, at a cost. This phone is unlikely to be made available outside its domestic market anytime soon, just like Redmi K30Ultra and iQOO Z1, the only other phones using the same Dimensity 1000+.