The 7A will be offered in three colors - Matte Black, Matte Blue, and Matte Gold. It will go on sale in India from July 11 and will be sold for INR200 ($3/€3) less this month. It will be available through Mi.com, Flipkart and Mi Home stores, and will come with a two-year warranty. 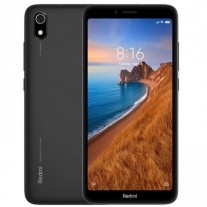 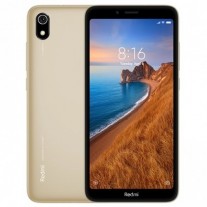 The Indian Redmi 7A is powered by Snapdragon 439 SoC, and not the Snapdragon 730 as a Manu Jain tweet led us to believe. The promised "massive" new feature is that unlike the Chinese variant that has a 13MP main camera, the Indian unit comes with a 12MP Sony IMX486 sensor which is the same camera found on the Mi A2 and the Indian Redmi Note 7.

The 7A's Indian variant also has a dedicated slot for a microSD card which allows storage expansion by up to 256GB, but rest of the hardware of the Indian unit remains the same as the Chinese version - it comes with a 5.45" HD+ LCD, 5MP selfie camera, splash-proof design, and a 4,000 mAh battery.

Although,I'm not an indian,I actually like the idea of indians receiving these upgrades and attention.They deserve it.

The specs are good, considering the price specially the 32gb storage model and the camera. That said the design is rather unsightly tho when compared to its main competitor The Realme C2. Still this phone should sell like hot cakes.

Lemme guess, you're trying to look smart by stating the obvious fact everyone can read on internet.