The Samsung Galaxy A12 bagged Bluetooth certification last week and now it has been certified by the FCC as well, revealing battery specs in the process.

One of the documents posted on FCC's website reveals the Galaxy A12 (SM-A125M/DS) will pack a battery sporting model designation EB-A217ABY. Its exact capacity isn't mentioned, but since the Galaxy A21s comes with a 5,000 mAh cell with model code EB-BA217ABY, it's likely that EB-A217ABY also has the same capacity. 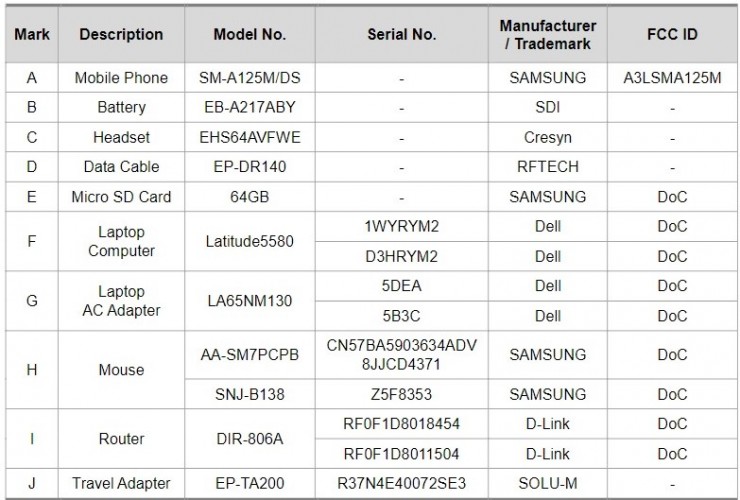 The document further revealed that like the Galaxy A21s, the Galaxy A12 will also have 15W charging. 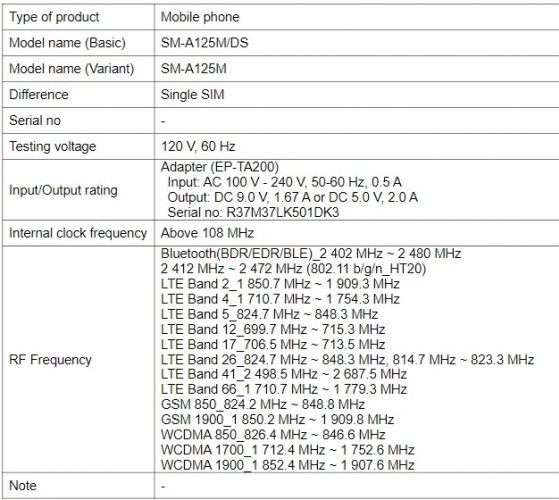 FCC doesn't include any details about the rest of the internals, but according to Geekbench, the A12 will come with 3GB RAM and a Helio P35 SoC under the hood.

The Galaxy A12 is rumored to retain the Galaxy A11's PLS TFT touchscreen and feature a side-mounted fingerprint reader, triple rear camera, and have two storage options - 32GB and 64GB. It will also have a microSD card slot for storage expansion.

Atleast the SoC is better than any crappynos.