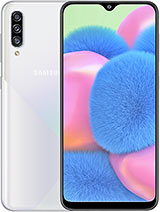 DatUtter, 20 Jan 2020One big flaw about fingerprint sensor under screen is, no tempered glass protector will work a... moreI guess there is settings you should edit..for fingerprint with temperature glasses

DatUtter, 25 Jan 2020Agreed flawless performance and gaming is nice with the game launcher app that tells you how m... moreHello,u using 1 sim or dual sim. Any network problems?

I am using Samsung A30S no issue found all features are outstanding I recommend to purchase this phone if it is within your budget .no one compete with Samsung on quality and standard.....

i've had this phone for 2 months now, and I can say i'm mostly satisfied for this phone. a few things that I dont like are first, the screen resolution is a downgrade from its predecessor the A30, this only has HD+ display (720p max) whereas the A30 has a FullHD+ display (1080p max). thank God at least it has a super AMOLED screen, so that brighten things up. secondly, the camera doesn't have night mode. this makes taking pictures at night when you're at a dark place, the pictures will be horrible. gaming experience is decent, not bad, but not entirely enjoyable. all because of the HD+ display, you cannot set your games to 'high resolution' instead the maximum it can do is 'medium resolution/graphics'. but other than that in other areas i dont have any problems with this phone so far. i just bought a spigen rugged armor case for it from Amazon. in the box I received the free TPU clear case, its nice because I can see the beautiful 3D prism design that Samsung calls it but I love the design. only too bad the free clear case doesn't have any kind of protection, just a basic case which helps you grip better when holding the phone.

staraa, 25 Jan 2020Does it have an always on display?The Galaxy A30s is missing 2 features that are in the A30; "Always on Display" and "Smart Capture". The 2 features my wife used most before I bought her the A30s :/

manu, 27 Jan 2020M30s is much better...Not much better, but you get fullHd screen, bigger battery and better processor for less money... That's crazy. But Samsung is really going ham with phones nowadays. There will always be something better out. It will never stop. Just buy a good phone around your budget when the time is right. Next month there is probably 20 new phones around same price that's is better haha

Can anyone please tell me what is the application which can allow me to have AOD on A30s? Majority of 3rd party apps allow the entire screen to light up, which is what I do not want, it drains the battery like anything.

garryp80, 25 Jan 2020So far i had bought this phone and it work flawless.. talking about the the finger print on th... moreAgreed flawless performance and gaming is nice with the game launcher app that tells you how much your battery will hold playing. But fingerprint is a bit slow, it does the job tho. Just use faceunlock also. It might not be so secure but it's more secure then on most. Just put the settings on so you can't open your phone with your eyes closed. And I have tried using a picture to open my phone without any luck, so its secure enough.

So far i had bought this phone and it work flawless.. talking about the the finger print on the screen, so far it is okay. It is not really fast but it is okay for me.

George K, 24 Jan 2020All samsung were designed really bad with a barely working software.I thought since i tried ma... moreFunny guy, sorry you had such bad experience with Samsung. OneUi is clean and fast. What can you possibly complain about....

Damon, 24 Jan 2020Mine works perfectly fine with the tempered glass put on topThen your lucky. I've tried a few but fingerprint won't works with it. So I found a self-healing plastic one. Better then nothing.

Does it have an always on display?

Mohsin, 24 Jan 2020No. Not in any aspectThat is not true, this phone is newer and have newer versions of Android. Overall it's very similar specs. I would say you just give up screen res for better battery. Performance should be very similar to. I don't see any reason to buy s8 plus if it's not very cheap.

All samsung were designed really bad with a barely working software.I thought since i tried many samsungs to try a30s and i bought it. Totally regretted it. Its absolutely bad and personally the worst phone i ve ever seen.

DatUtter, 20 Jan 2020One big flaw about fingerprint sensor under screen is, no tempered glass protector will work a... moreMine works perfectly fine with the tempered glass put on top