With the official announcement of the Galaxy A10s yesterday it’s evident that Samsung’s strategy for the A-series going forward will bring “S” upgrades to its popular devices about six months after their release.

The Galaxy A30s and A50s appear to be next in line for this strategy as they just popped up on the Wi-Fi alliance site bearing the SM-A307FN/DS and SM-A507FN/DS model numbers. 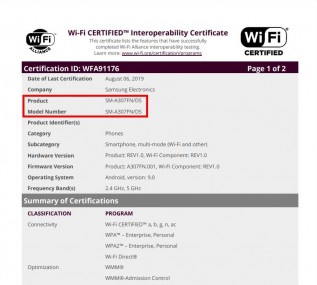 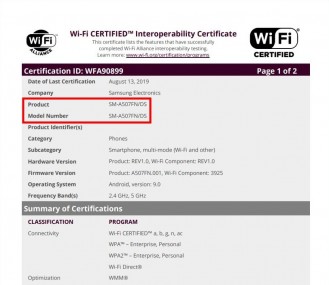 While we don’t get much details about the devices apart from them running Android 9 Pie and having dual-band Wi-Fi capabilities, we have previous Geekbench runs to fill us in.

The A30s will feature the Exynos 7885 SoC paired with 3GB RAM and is expected to come with a triple camera array compered to the dual shooter found on the regular A30. The rest of the specs sheet will feature the same the 6.4-inch Infinity-V display and 4,000 mAh battery. 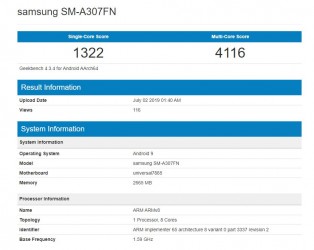 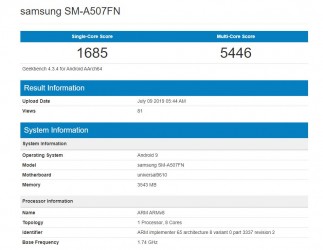 The A50s on the other hand will come packing the Exynos 9610 chipset paired with 4GB RAM just like the vanilla version. It's expected to come with improved cameras and a larger battery but we still don't have any reliable information on that front.

We should see more info on the A30s and A50s in the coming weeks so stay tuned.

Many peolpe who have A50 are stuck in May patch level then samsung is releasing many phones like A50s .........