The Samsung Galaxy A51 is expected to arrive soon as it has already bagged certifications from the Wi-Fi Alliance and Bureau of Indian Standards (BIS), and its support page also went live on the company's official Russian site.

The Galaxy A51 is rumored to ship with a 4,000 mAh battery, and while Samsung hasn't officially revealed any details about the A51 yet, a certification from the South Korean government's research institute reveals the smartphone will, indeed, pack a 4,000 mAh cell which is the same size as the Galaxy A50 and A50s' batteries. 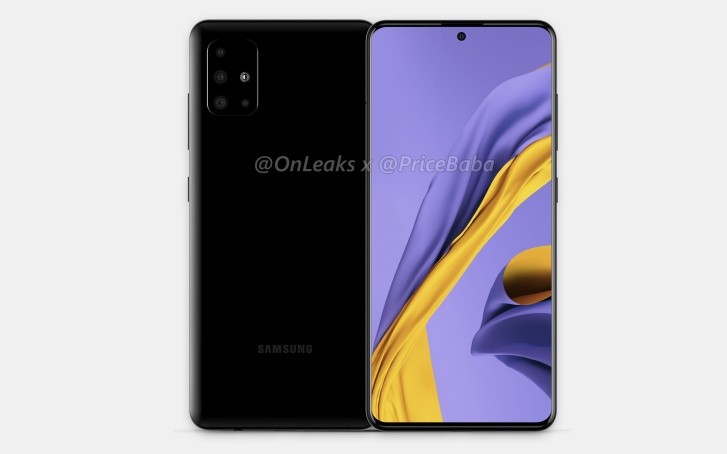 Leaked render of Samsung Galaxy A51

The rest of the rumored specs include a 6.5" FHD+ punch-hole display, a 32MP selfie snapper, and a quad camera on the back comprising of a 48MP primary, 12MP ultrawide, 12MP telephoto and 5MP depth sensor modules.

The Galaxy A51 also passed through Geekbench confirming a few specs like an Exynos 9611 SoC, 4GB RAM, and Android 10.