Samsung Galaxy A5 (2017) spotted in benchmark and import listings

The Galaxy A5 (2017), in fact, has even been spotted in benchmark and import listings, revealing some of its key specs, including Exynos 7880 SoC, 5.2-inch display, and 3GB RAM. 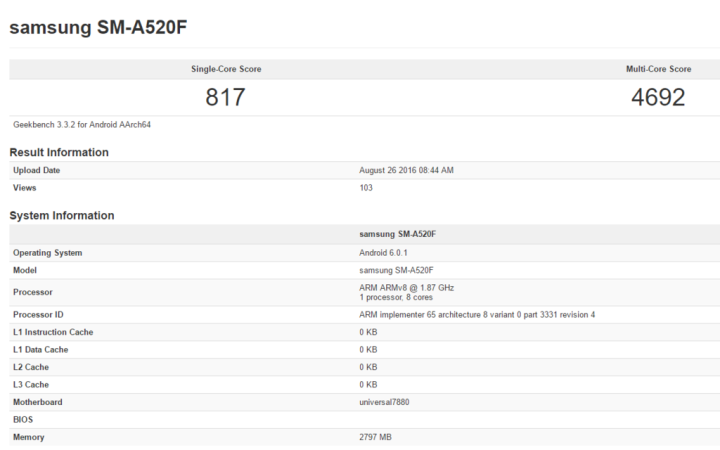 Sadly, there's currently no information on when the new Galaxy A series devices will be made official and how much will they cost. However, needless to say, we'll keep you updated as and when we hear more about them.