The Galaxy A71 is a thoughtful refresh over the Galaxy A70 even though it won't make any A70 owners jump ship, let alone those who bought the A70s. But it does pack more gaming punch and more camera pixels, so it does pass as an update. 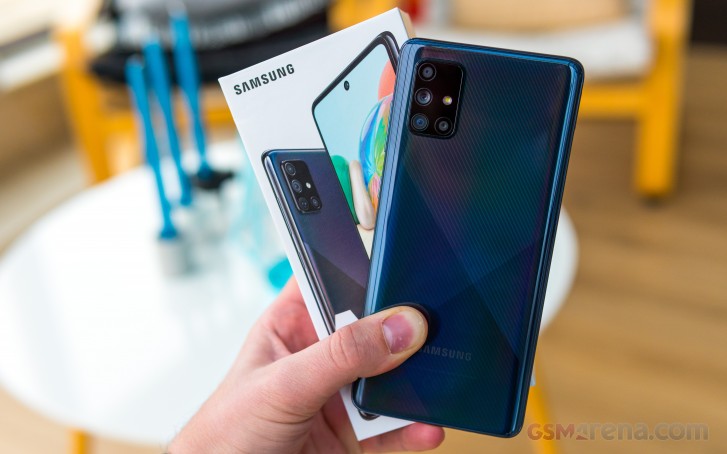 The Galaxy A71 adopts the punch-hole notch design, but the actual hole is not as discrete as on the more expensive S and Note models. Still, it's a statement for the premium status of the A-series as is the massive multi-camera setup on the back.

At the end of the day - the Galaxy A71 seems like a job well done and is an attractive and powerful smartphone worth buying. But the competition always has the last say.

And the competing offers are plenty. Take the Realme X2 Pro for example. It packs a similarly large Super AMOLED screen, but impresses with a mighty Snapdragon 855 chip and has a more meaningful telephoto snapper instead of a macro shooter. Its 6+64GB version (€389) is cheaper than the A71, while the 8+128GB is a close match (€439).

The Xiaomi Mi 9T Pro has a smaller 6.39" Super AMOLED, but it is a cutout-free one. A flagship-grade Snapdragon 855 chip is in charge of everything, while its quad-camera, just like the Realme X2 Pro, has a zoom shooter instead of macro.

If we are to match the Galaxy A71 specs, we could look at the Redmi K30, which is a lot cheaper in markets where both A71 and K30 are officially available. The Redmi K30 has a dual punch-hole on its large 6.67" screen, matches the Snapdragon 730 chip (well, its 730G actually), and has an identical 4-camera arrangement at the back. The K30 brags with an IPS LCD screen with 120Hz refresh rate though, and the benefits of that will be obvious in the day to day experience.

Or maybe, if €480 or so are too much for you, but Samsung is your preferred brand, maybe you can give the Galaxy A51 a chance. It's at least €130 cheaper but still offers a 6.5" Super AMOLED and the same camera experience on both ends. Performance is where the A51 loses to the A71, but if you are not an avid gamer then you won't have a problem with that. 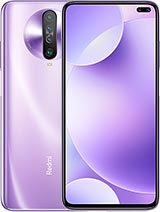 The Galaxy A71 is a tangible upgrade over the A70 - it has a smaller screen cutout, faster performance, better all-round camera, and newer Android and One UI. But like other Galaxy A phones to come before it, the A71 is neither cheap nor competitively priced. 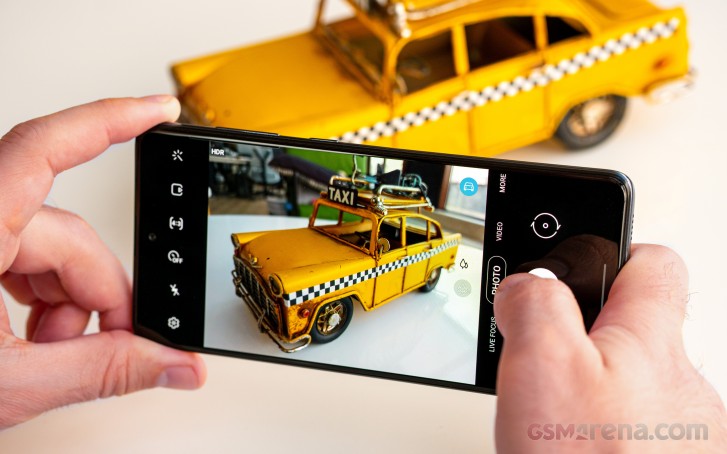 With Xiaomi and Realme aggressively launching phones with flagship-grade specs, it's a tough job being a mid-ranger these days. We do believe the A71 has a bright future though, as its price will soon go down, while many carriers will subsidize it enough to make it an attractive purchase.