Obviously, Samsung has prioritized its 2018 and 2017 flagships to receive the Android 9.0 Pie updates first but it appears that the company has already baking the Pie for a 2017 midranger, the Galaxy A7 (2017). The evidence is a Geekbench listing of the phone running the latest Google OS. 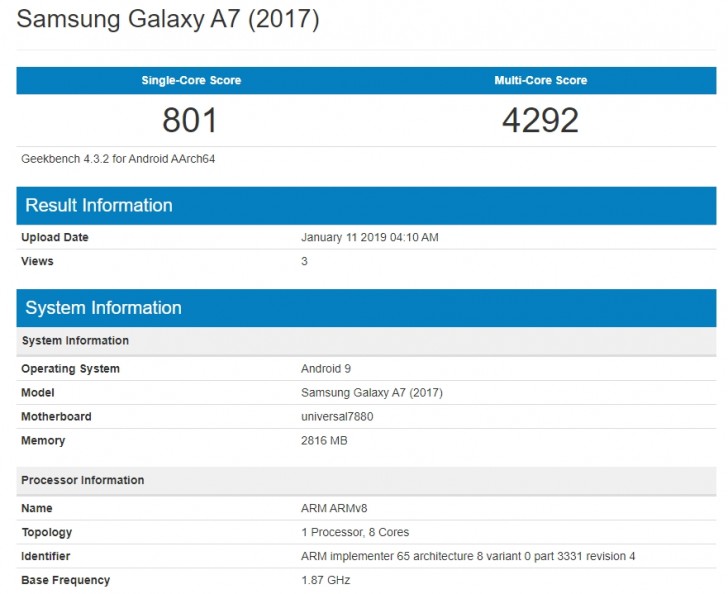 The score sheet doesn't reveal anything out of the ordinary except that it's running Android 9.0 Pie, which in turn means that the software is already in development or even better - it has entered the testing stages.

We just hope it won't be long enough before Samsung seeds the update.

what about android pie for galaxy a7 2017 ? it is so late, very disappointed. low range devices have already received android pie. my device is high mid range device. please at least give android pie to my device. do the best for samsung ga...