Today Samsung has made the Galaxy Book2 official. The 2-in-1 is the successor to the original Galaxy Book which was unveiled in February 2017. This device is basically the Korean company's competitor to Microsoft's Surface Pro, but with a twist - it's powered by a Qualcomm SoC, unlike its predecessor which opted for an Intel Core m3.

The Snapdragon 850 is at the heart of the Galaxy Book2, which also has a 12-inch 2160x1440 Super AMOLED touchscreen, 4GB of RAM, and 128GB of storage. The integrated X20 modem supports Cat.18 LTE 5CA and up to 4X4 MIMO for Gigabit speeds where available. 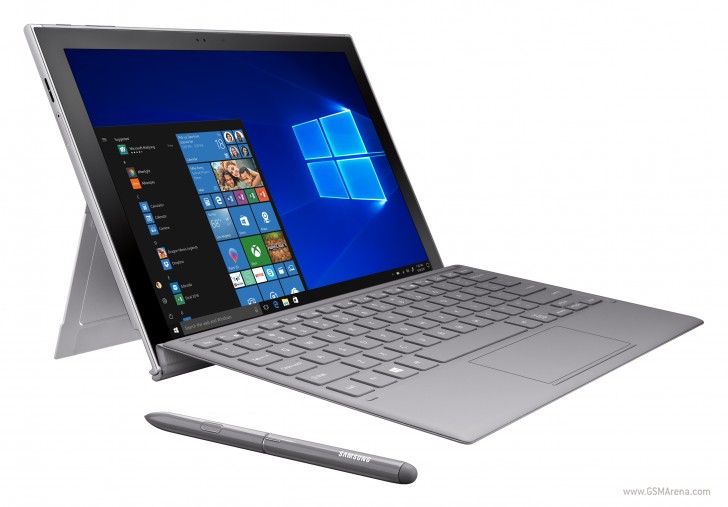 The Galaxy Book2 has an 8 MP rear camera and a 5 MP front-facing shooter, two speakers tuned by AKG with built-in Dolby Atmos, two USB-C ports, a microSD card slot, a 3.5mm headset jack, Wi-Fi 802.11ac, and it has quoted 20-hour battery life (with adaptive fast charging). It runs Windows 10 in S Mode and comes with an included keyboard and S Pen stylus.

It will be available online from AT&T, the Microsoft store, and Samsung.com for $999.99 starting on November 2. Later next month you'll also find it in stores at Sprint, Verizon, and AT&T.

I'm quite disappointed that GSMArena doesn't have it's product profile for this beauty. Same with the Microsoft Surface Pro (and Go) line-up which I just commented earlier on. Yeah, you've got Apple iPads and iPad Pros covered but how about these? ...

Not long ago, and now, you'd still be very misguided. The company leading the charge on high prices is Apple. Samsung are consistently cheaper on like for like phones than HTC and Apple. They have some phablets like the note series that are expensive...