Less than a month after its existence was revealed in multiple leaks, the Samsung Galaxy J1 (SM-J105F) has received certification from the Bluetooth Special Interest Group (SIG). This suggests that the device could be made official soon. 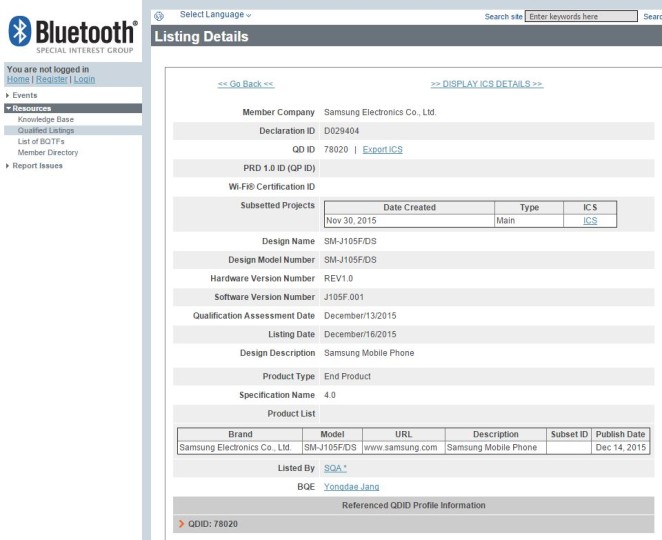 The new leak doesn't contribute anything to the list of known specs, but from what is known until now, the handset is powered by a Spreadtrum SC8830 chipset with quad-core 1.5GHz CPU, and sports a 4-inch (800x480 pixel resolution) display. It has 1GB RAM and 8GB internal memory, features 5MP/VGA snappers, and runs Android 5.1.1 Lollipop.

The dual-SIM supporting Galaxy J1 mini was also spotted in Zauba - a website which tracks India's import and export - carrying an INR 3,368 (around $50) price tag.

Lol keep dreaming Samsung isn't going anywhere anytime soon they're the still reigning top dog. But for $50 you might as well buy something better from a Chinese company instead of a cheap Samsung just because of its brand.