A new Samsung Galaxy J5 Prime appeared on FCC last week, basically confirming the imminent launch of the phone. Now the specs sheet of the device appeared, establishing some of the rumors and adding more clarity to the new affordable handset from Samsung. 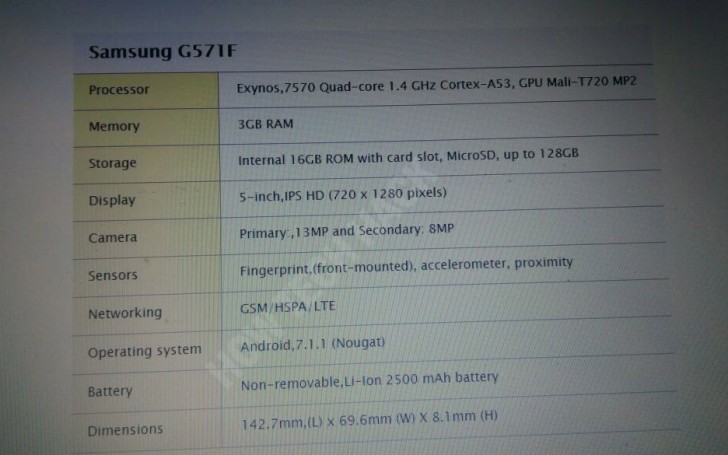 The Samsung Galaxy J5 Prime (2017) will come with just 16 GB of internal storage, but the microSD slot lets you add more. The phone will have a 5” IPS LCD, instead of an AMOLED panel, to keep the price down.

The camera on the back will be 13 MP, while the selfie snapper is expected to have an 8 MP sensor. The home button on the front will double as a fingerprint scanner.

The specs sheet also reveals that the OS will be Android 7.1.1 Nougat. The Galaxy J5 Prime will have a 2,500 mAh sealed battery.

It is a beautifull phone ever and lot of space