Samsung decided to unify its naming scheme - first it was the Note, then the A-series caught up with the S flagships.

Apparently, the affordable J series are next for rebranding, according to a new benchmark of a Samsung device with the model number SM-J800FN. The phone has Exynos 7870 chipset, coupled with 3 GB RAM and runs Android Oreo. 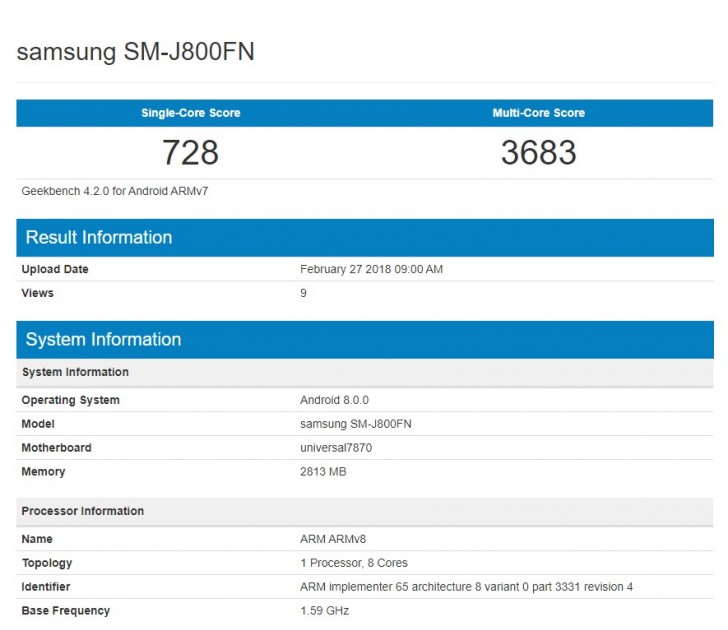 The single-core score of the device is 728, while the multi-core result is 3683, although these results are comparable only with the alleged Galaxy J6 (2018) and the eventual Galaxy J4 (2018) due to the Geekbench version.

Well i want a brand phone so i got for xiaomi which for much less money sells much better device. Samsung doing vice versa. Times when Samsung means quality are long gone. Now they only sell and after the sale any contract is over discussion is cl...

I know that samsung is keeping high rate but if we have to buy a brand smartphone then we have to spend money.