A couple of weeks back, SamMobile reported about a Galaxy M01 device. Its Geekbench results were spotted running a low-end Qualcomm chipset, 3GB of RAM, and ran Android 10. Although the specific chipset isn’t confirmed yet it’s said to run an octa-core chipset. It is speculated to be perhaps the Snapdragon 439.

More recently, this unannounced Galaxy M01 device has been certified by the Wi-Fi Alliance with support for Wi-Fi b/g/n. The phone’s Android 10 software was also confirmed by the certification. It carries a model number of SM-M015G/DS. The DS in the model number denotes Dual SIM. 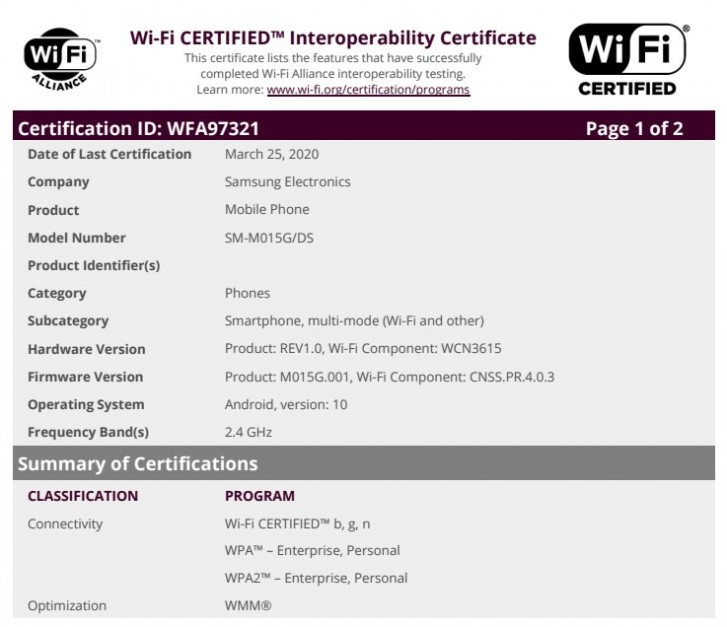 Based on the M01’s known details, Sam Mobile suggests this phone could be a variant of the Galaxy A01 intended for emerging markets including India, Russia, Sri Lanka, and Nepal.

No other details about the Galaxy M01 are known, but the recent Wi-Fi Alliance certification suggests its launch should be imminent.