Samsung announced a new Galaxy droid for the Korean market - the Samsung Galaxy R Style. It’s based on the Galaxy S II, packs a 4.3" SuperAMOLED screen and runs Android 4.0 Ice Cream Sandwich with TouchWiz out of the box.

The phone measures 128 x 64.5 x 9.8mm, which allowed Samsung to cram a 2000mAh battery inside. The Galaxy R Style will probably put the extra juice to good use as it features 4G LTE connectivity. Depending on the carrier, the phone will either have GSM/3G/LTE or GSM/3G/CDMA 1x/LTE connectivity. 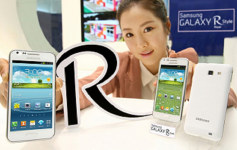 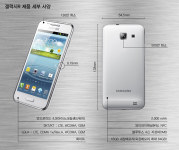 Other connectivity specs include Wi-Fi b/g/n, Bluetooth 4.0, NFC and T-DMB. It's powered by a dual-core 1.5GHz processor (presumably a Qualcomm Snapdragon S3 chip) and packs a not-so-exciting 5MP camera. The built-in storage is 16GB.

The Galaxy R Style will be available on the three major South Korea carriers in white for 70 thousand won ($593, €489).

i just want to say,thanks to Samsung for making galaxy royal for royal people like me,is one of the best existing phone now,the speaker is the best of all the galaxy phones,good size and very convinent to handle,i love it men but i can't update 4.4...

Each time I put my internet data connection on and put my phone to charge e.g like if my battery percentage is 50% instead for battery percent to increase it instead reduces,please help me out this problem thank u.