The waiting is almost over. Samsung scheduled its Galaxy Unpacked event for February 20 when the anniversary Galaxy S10 flagship lineup is expected to be launched. We received an invitation in our inbox for the official launch that is taking place in San Francisco, United States, and will be available to watch live all over the world on Samsung’s website. 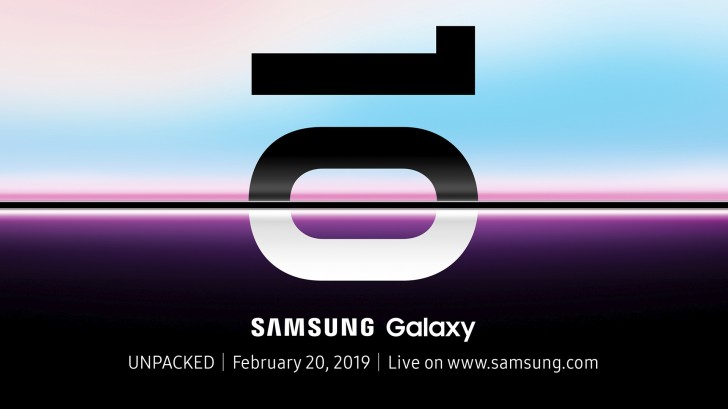 The invitation is showing the clearly curved edges of two phones and the number 10. There’s nothing else, aside from event details, but this is nothing new for Samsung - the company rarely reveals its phones in the teasers.

Still, we have plenty of rumors and leaks to give us hints on what to expect. We should see three units - flat-screened Galaxy S10 E, vanilla Galaxy S10 with bigger curved screen and UD fingerprint scanner and the range-topping Galaxy S10 Plus.

Yeap hole in screen. that's true a black hole. Ahahahah https://www.youtube.com/watch?v=S8BYbkMLcB4 Who the hell invented this? Tear drop notch (also too much ugly , but a bit better than a hole in screen). Samsung what a...

Ah? So will have a black hole on screen a death pixel hole? What a.... enough said.