The Samsung Galaxy S10’s development may be further ahead than we imagined – the company demoed a 5G-enabled prototype, even though that was supposed to be unveiled in March, a month after the 4G version.

Beyond that, the phone looks very much like the Galaxy S9 – no notches, no display holes. Just regular bezels. Here are some still shots of this prototype: 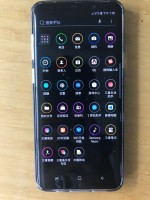 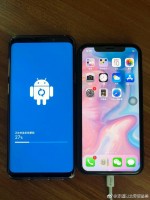 Next up are CAD-based renders of the Samsung Galaxy S10+, courtesy of @OnLeaks and 91Mobiles. There’s a dual selfie camera located in a hole in the screen, on the back is a triple camera arranged horizontally like on the Galaxy Note9.

The curved Super AMOLED screen was measured at 6.4” and there should be an in-display fingerprint reader (an ultrasonic one) hiding underneath. The whole phone measures 157.5 x 75.0 x 7.8mm and retains the 3.5mm jack and the bottom-firing speaker.

Someone did an unboxing of a phone that alleges to be the Galaxy S10+. The back looks the same, but the front shows top and bottom bezels. You can watch this phone unboxed on video over at Weibo, but we warn you that the video has a surprise twist. Here are a few stills from the video: 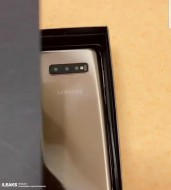 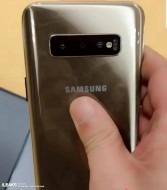 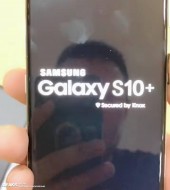 To CPTPOWER: You talk a little bit too much. I won't even go back to my post which I know I'm correct about...The S10 hasn't even been released and you are saying that the only upgrade is a 5G modem and a camera. Some people thought they kn...

looks fake, just another rumor. first it's a hole at top left of the screen, and now it's double hole at top right screen. nice try liar!