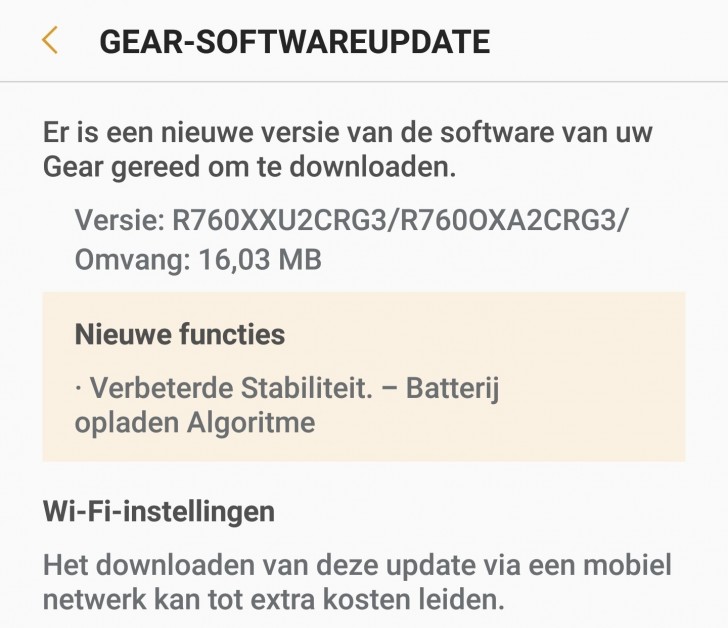 The firmware doesn't add anything new, but fixes the battery charging and overheating issue so that's why the log says "changed battery charge algorithm". After the Tizen 3.0 update, some users reported battery ovrheating towards 90% charge so they had to remove the wearable to cool off and then put it back on the pad to charge it to 100%. No need of doing that anymore.

The usual "bug fixes and stability improvements" are at hand too. If you still haven't received the update, you can try searching for it manually from About Gear -> Update Gear software in the Samsung Gear app on your smartphone.

when will update the Gear S3 r760xxu2crg3

Just did the update, still over heating.

Seem like I can use this one. Not yet for S3 AT&T