Samsung just announced a desktop dock for the Google Nexus S. We were wondering how advanced it may be so we jumped straight to its specs page. It turns out, it's a fairly standard phone dock, being just a notch better than a simple desk stand for its charging capabilities.

The dock holds the Google Nexus S in landscape orientation, with a microUSB port plugged in for charging or data connection. 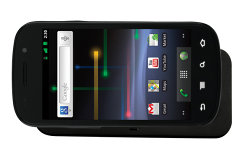 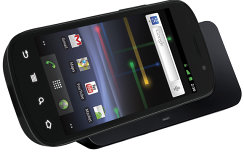 The Nexus S dock from Samsung

That's all the features that the Nexus S dock has to offer - there's no extra USB ports, TV-out functionality or anything of the kind. 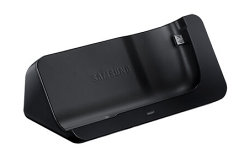 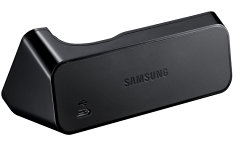 The Nexus S desktop dock is available right now from Samsung's web store, priced at $39.99 (or around €30). It seems a bit pricey, the Motorola Atrix Media dock with 3 USB ports and microHDMI port (hands-on here) is rumored to cost around $60.

Disappointing that 5 months later and this (or anything like it) has not shown up 'in the wild'. Might have actually been worthwhile as a bedside 'alarm clock' stand.

are you for real? this is not fake. why would gsmarena fool it's readers? (except april fools)