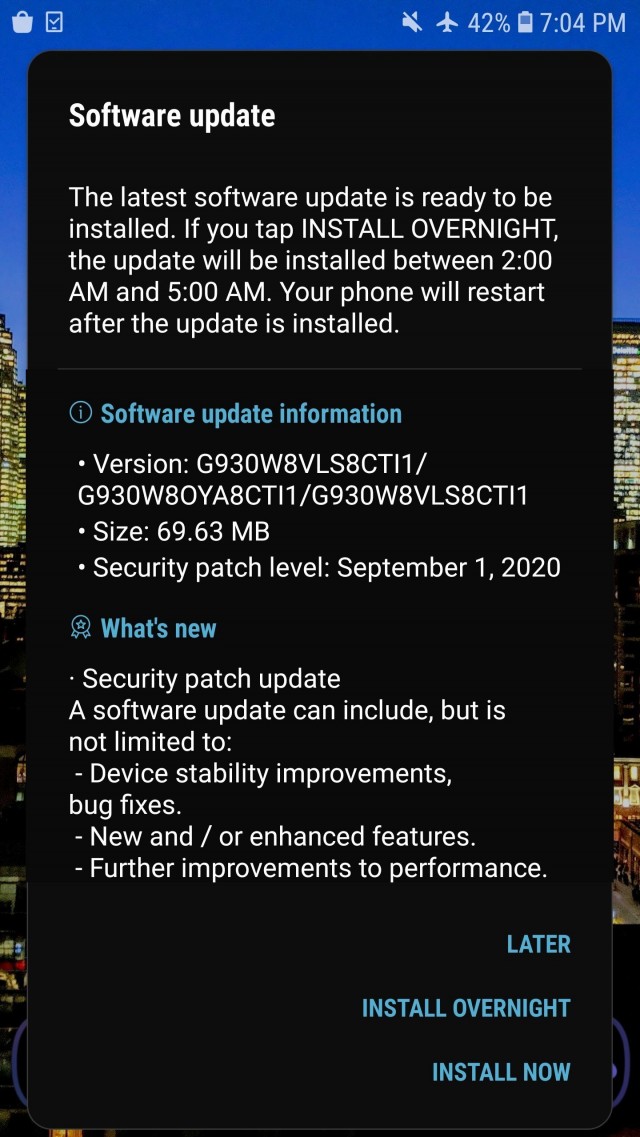 The new update is currently rolling out in Canada and the UK and weighs in just under 70MB. The Galaxy S7 gets the G930W8VLS8CTI1 while the S7 Edge comes with the G935W8VLS8CTI1 build number.

In my country we got it today! XD