This year the annual IFA trade show is taking place from August 31 to September 5 in Berlin. Last month we got an invitation from Sony and now Samsung has also announced it is having a press conference on August 30. 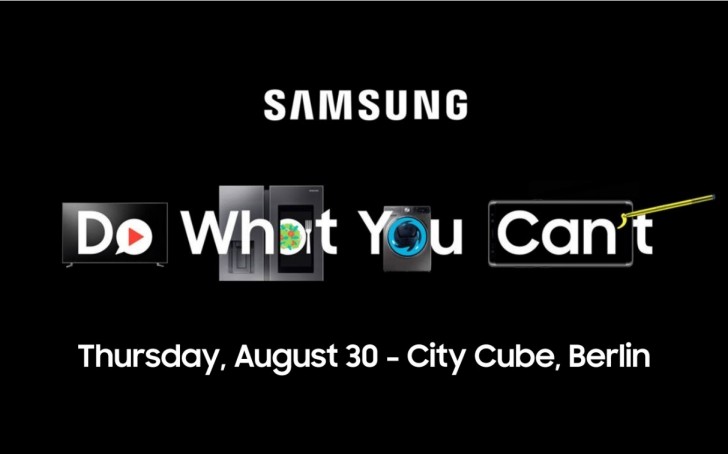 Samsung is having a separate announcement for all smartphone lovers on August 9 when the Galaxy Note9 will be unveiled, but the company is planning to also unveil new Smart TVs and other home appliances like refrigerators and washing machines, according to the invitation slipped in our mailbox.

The mobile devices division will have its time under the stage lights with the Samsung Galaxy Watch that is most likely a thing. Last year we saw the Gear Sport getting introduced and sound logic suggests we might see a wearable this time as well.

We will be on site to keep you updated, so stay around when the end of August comes.

casey thought of this first

Yes, words to the same effect, but I prefer your "Do what you couldn't".