Back in April this year, Samsung confirmed that it's working on a standalone virtual reality headset. While the company went ahead and revealed some of the device's features (like positional tracking), there was no word on what name the headset will carry.

While Samsung still hasn't given us any confirmation, going by recent trademark and logo applications by the South Korean company, the headset might be called Odyssey. 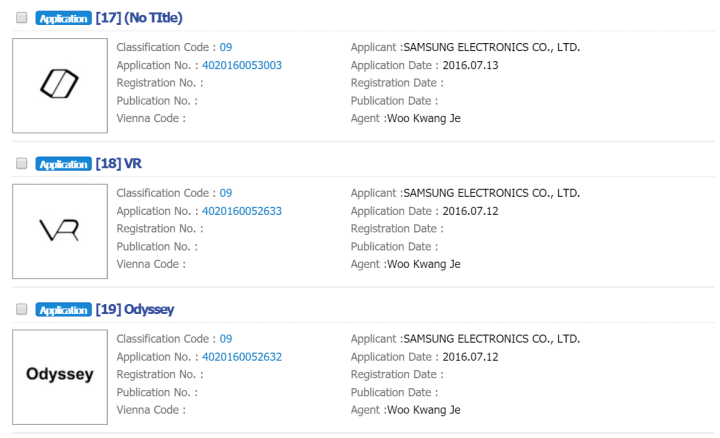 While not much is known about the headset at the moment, Samsung's aim is to create a Star Trek type holodeck.

what? the note 4 I have at least even at near medium brightness which hurts my eyes unless I'm outside has a clear purple tint in the display, just swipe a white picture in gallery, you'll see it for sure, or go play minecraft, the clouds all get p...

What a troll you are. This is Samsung, not some random Chinese company. And definitely not Apple who don't even know what VR is.

lets hope it doesn't have purple smudge like their phones :S