Snap, the company behind Snapchat, has rolled out a new feature in the app that automatically suggests filters to users based on context. The app can now analyze the image that has been captured and then suggest relevant filters to the user. To give this a try, we opened up some images in Google and tested them on the app. The app was able to correctly recognize the picture of the dog, the burger, the beach and the sky and suggest appropriate filters for them. 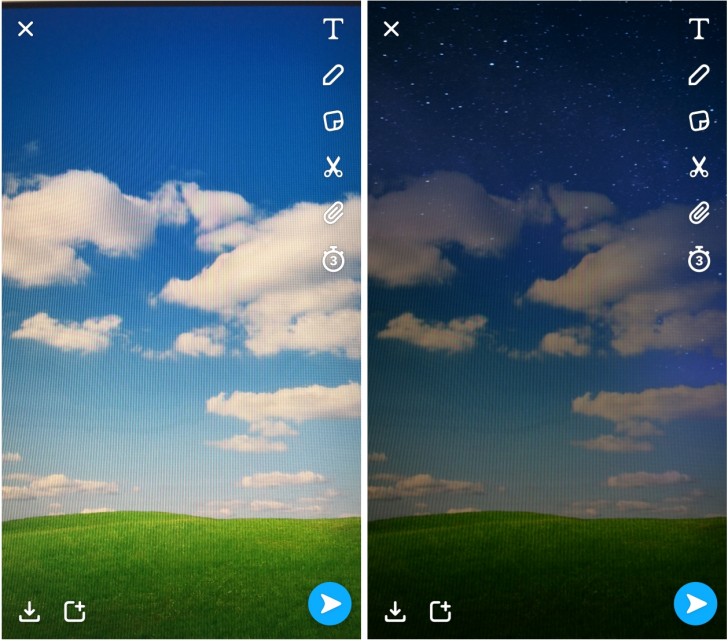 In case of the sky, Snapchat does this interesting thing, that has been around for some time now, where it adds filter over just portion in the image that is the sky. It will usually overlay stars or clouds or some other things and it's smart enough to figure out exactly what part of the image is the sky. The stars is just one of the effect and depending upon the sky it can come up with multiple versions.

These seem limited for now. For example, there aren't any filters for cats or for a glass of drink but replacing the burger with a pizza still popped up the food related filter. We expect more of them to roll out eventually.

Good update for no lifers and social slaves

INSTAcopy and FACEcopy will steal this feature.