A camera sample from a yet not officially announced Sony smartphone surfaced earlier today. The smartphone used for capturing them was the Sony C210X, a future entry level device by the Japanese company.

While the image itself is rather uninspiring, likely snapped and auto-uploaded to a Picasa account by an unaware Sony employee, it does tell us that Sony hasn't given up on the low-end Android market. 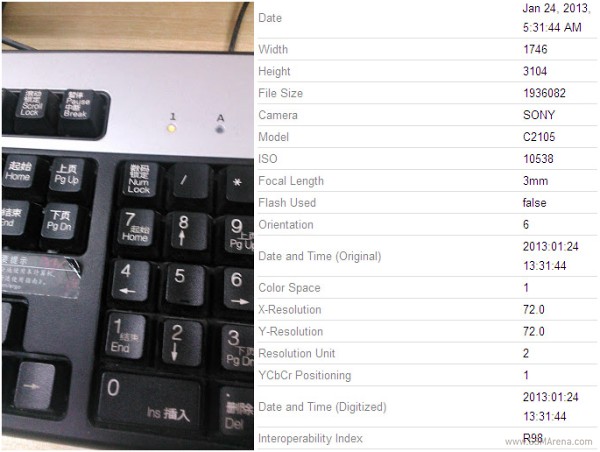 The model listed is the C2105, although specs-wise its almost the same as the C2104, which is why we collectively refer to them as the C210X lineup.

No news yet on pricing or availability.

This phone is the reason why others low-end smartphone especially HTC's Desire U won't sale.... Far far better in all aspects.... Going to be a hot competition in india between sony's c210x and nokia's Lumia 620