An official teaser images of the Sony 'Honami' cameraphone has showed up rather prematurely, reconfirming the date of the phone's unveil and hinting of a potential purple version. 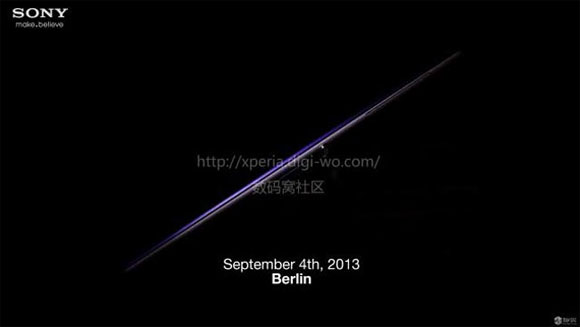 The photo itself doesn't reveal almost anything regarding the smartphone itself. The guys over at Digi-Wo who have a larger resolution version of it have zoomed in on it to discover the signature Xperia lock/power button. The side edges of the phone are also more rounded than the Z, which should help handling. In any case, the leaked photos of the Honami give us a better idea of its looks than the teaser ever will. 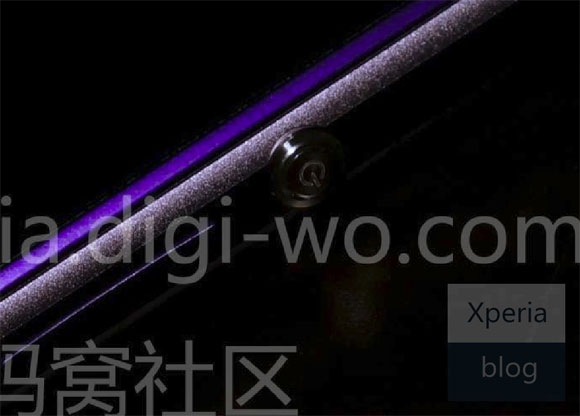 The Sony Xperia Honami is rumored to sport a 5-inch Full HD Triluminos display with the X-reality engine. The smartphone is said to feature a 2.2 GHz quad-core Snapdragon 800 processor along with 2GB of RAM. The smartphone's key selling points is its 20.7 megapixel camera with Sony G-lens and BIONZ image processor. User memory is 16GB and can be expanded via the microSD card slot.

As we've come to expect from Sony, the Honami is said to be IP57 certified, which means the smartphone will be completely dust-protected and have the ability to withstand a meter of water for 30 minutes. The connectivity options for the Xperia Honami include Bluetooth 4.0, NFC, Wi-Fi and supports GSM/UMTS/LTE networks

We'll find out more about the phone in less than a month at its announcement event in Berlin on September 4.

You know that Fhd 6" 449 ppi is an impossibility,right?

If sony were to compete with note 3 they should have at least 6 inch fhd(449ppi) display with colour boost(the current xperia z is too pale in colour compare to S4) the dislay goes dim after several minutes usage altough screen timeout has been set m...