Sony has announced the seventh generation of its successful RX100 camera. Called the RX100 VII, the new model is all about speed, with faster shooting modes and improved autofocus performance.

The two of the main new features on the RX100 VII are the new 1"-type stacked 20.1 MP Exmor RS CMOS image sensor and the latest generation BIONZ X image processor. 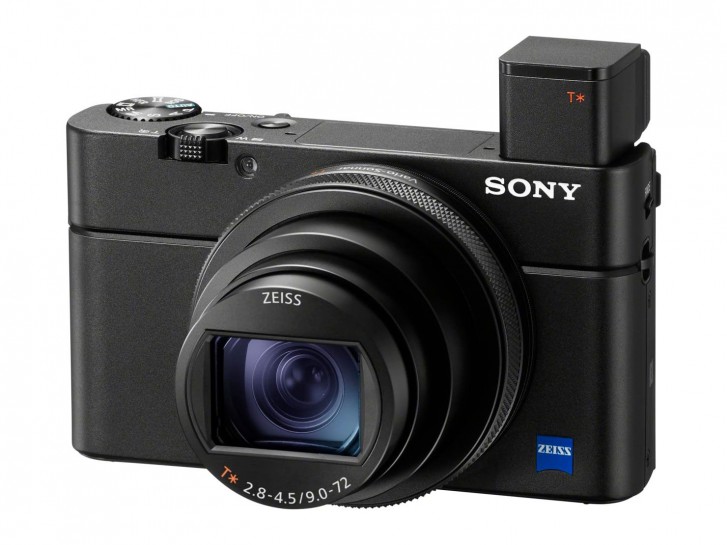 Borrowing from the company's flagship A9 camera, the RX100 VII can now shoot in a whopping 20fps with AF/AE tracking. It can also do this without viewfinder blackout so your view of the action isn't cut off while the camera is taking pictures.

The RX100 VII also has another cool new mode, which is Single Burst Shooting. This allows you click the shutter while trying to capture fast moving action and the camera will present you with seven images. These images can be taken at a frame rate of 30fps, 60fps or 90fps depending upon the nature of the action you're trying to capture. You can then choose the best of the seven images.

The RX100 VII also has improved AF. There are now 357 phase detection AF points and 425 contrast detection AF points covering most of the field of view. The camera can now do AF/AE calculations at 60 times per second to be able to keep up with the increased burst rate. There's now also real-time eye tracking and real-time eye detection; it now works in both, stills and videos and for still it now also works for animals.

For video, you have full pixel readout at 4K with no binning, improved image stabilization, Log and HLG for HDR workflows, ability to record videos vertically, 960fps slow motion and a new 3.5mm microphone jack.

The rest of the specs are similar to the predecessor, including a Zeiss Vario-Sonnar 24-200mm f2.8-4.5 lens, a flip up display, pop-up electronic viewfinder and Wi-Fi and Bluetooth connectivity.

Well exactly. But usualy nmoney is all that matters not size.

Nikon's D3500 is great, but it's also a big, bulky DSLR. If you want something ultra portable, you have to go for one of these very small compacts.