It takes 6 inches or more to warrant the Ultra moniker and Sony only makes one of these a year. Fair enough, not everyone can handle a phablet. But if you have a use for all that FullHD screen real estate, the Sony Xperia C5 Ultra tops it up with an LED-flash-assisted selfie camera, expandable memory and LTE.

A selfie-centric phablet, the Xperia C5 Ultra isn't exceptional in any way - it has obviously evolved but stays true to its T-series and C-series roots. Yet, there's one more thing besides the extra wide front facing camera that makes it special. The Sony Xperia C5 Ultra has super slim screen bezels for a near borderless effect. 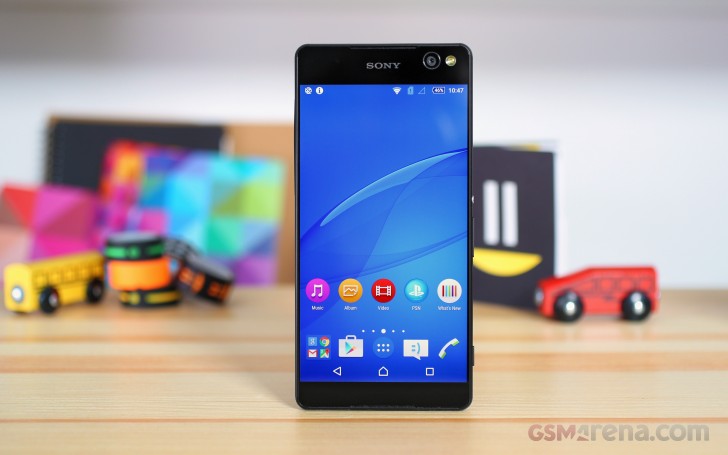 It's almost like a pact between Sony's latest upper-midrange siblings. The phone (M5) got the superior chipset and the water-proofing while the phablet (C5 Ultra) had the slim screen bezel. And it looks even slimmer around that 6" 1080p IPS display. But even a screen this big can't overshadow the super wide 13MP front selfie camera with its own LED flash - you get the same combo on the back though not as wide.

The Xperia C5 Ultra is another Sony smartphone powered by a MediaTek chipset - not the high-end Helio X10 that the Xperia M5 got but a robust and dependable performer with an octa-core processor and 2GB of RAM. Software-wise, it's a familiar combination of Android Lollipop and the latest Xperia launcher.

The Xperia C5 Ultra is all glossy, which isn't bad if you're to only admire it from a distance, but the grip suffers and the handset only gets more slippery and smudged with use. The battery is non-removable which we guess most people can live with - all the more so if the C5 Ultra does well in our test. 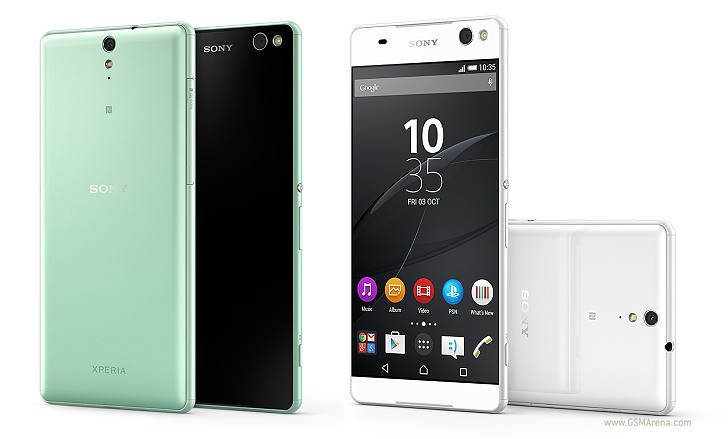 In the Sony family tree, the Xperia C5 Ultra follows directly from the Xperia C4 but the Xperia T2 Ultra can lay a claim to parenthood too. The MediaTek chipset is shared between the C5 Ultra and the C4, and so is the FullHD screen resolution. The 6" diagonal is the screen size of the T2 Ultra - released in 2014 but actually three generations old now with Sony's short release cycle.

In the end of the day though, it's the big-fat selfie camera that defines the C5 Ultra and perhaps the entire C-series. We'll get to it in due time but, as usual, we start with unboxing and the hardware checkup.

I'm still using it as of today and it became slow, the capacity of the phone is not suitable fo today's apps

Try to replace the battery