New photos which further reveal the look of the leaked Sony Xperia Tablet have hit the web. As expected, the slate does carry the unique "wedge" design of the Sony Tablet S, but does so in a thinner body.

The Xperia Tablet is going to rock a Magnesium-Aluminium body, thus helping to bring its weight to 570 grams. The 9.4-inch display with 1280x800-pixel resolution remains unchanged from the Tablet S.

We find a lot of other changes under the hood. The Xperia slate is said to rock Nvidia's Tegra 3 SoC, probably running at 1.3GHz. At the back, there's an 8MP snapper, while a 1MP unit takes care for video chatting at the front. 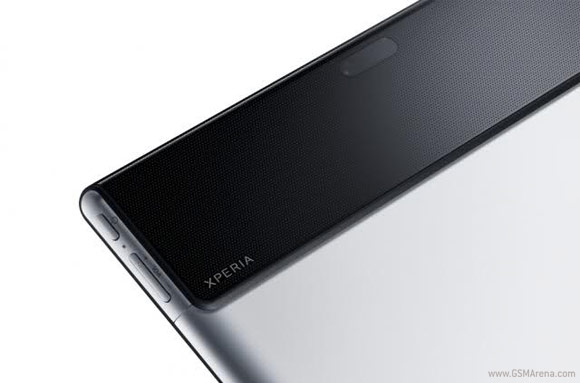 The Sony Xperia Tablet will come in 16/32/64GB variants, expandable via the microSD card slot. The battery is 6000mAh and will keep the slate going for 10 straight hours.

the first to invent stylus was windows mobile o2.

correct me if im wrong but to my understanding is it not sony ericsson who first invented this touch screen fones with stylus pen via there p800 & p900 series or s-pen as what samsung had called it.