Smart everything is the way to go, and it was only a matter of time until the Identilock showed up. It's a smart gun lock that will only let you pull your pistol's trigger, if it recognizes your fingerprint. Or you have the mechanical key, but that's just for backup.

The Identilock attaches to your choice of firearm thanks to interchangeable adapters (two come bundled, you select which ones upon ordering) and covers the trigger guard and trigger itself, making the gun inoperable. Touch the fingerprint reader and if it checks out, the smart lock falls out of the way and you can go ahead and blast away at those beer cans. 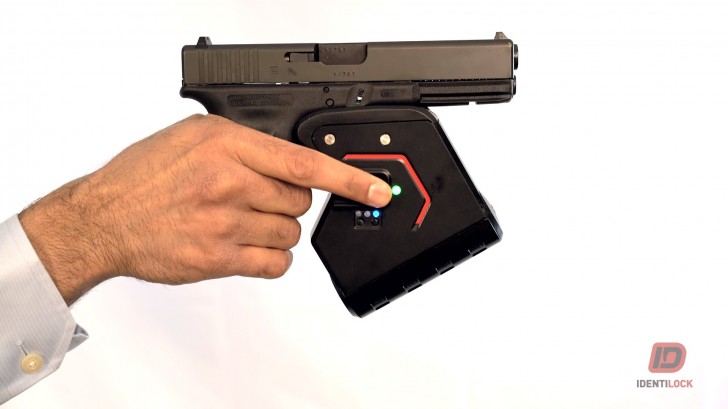 The battery inside is good for 6 months of operation, gets recharged via microUSB and in case it dies, you can unlock the thing with a mechanical key. The Identilock is available now for pre-order, priced at $319.

Targeted at responsible home gun owners, the Identilock should be a much quicker solution than the usual steel safe, tucked in the closet. That's not to say you should go put your 9mm on the coffee table for your toddler to fiddle with, but you're a responsible gun owner, you know that.

Is it posible to apply this on knife?

Gimme that money or i'mma unlock my gun and kill you. I have a Questions. Is it water ressistent? What if you go under the rain and you need it and stops working...?