LG just unveiled the G8X ThinQ smartphone, a follow-up if not a direct replacement for the G8. To go with it, there's a new DualScreen accessory case/extra display - who needs folding phones when you can leave half of it at home. 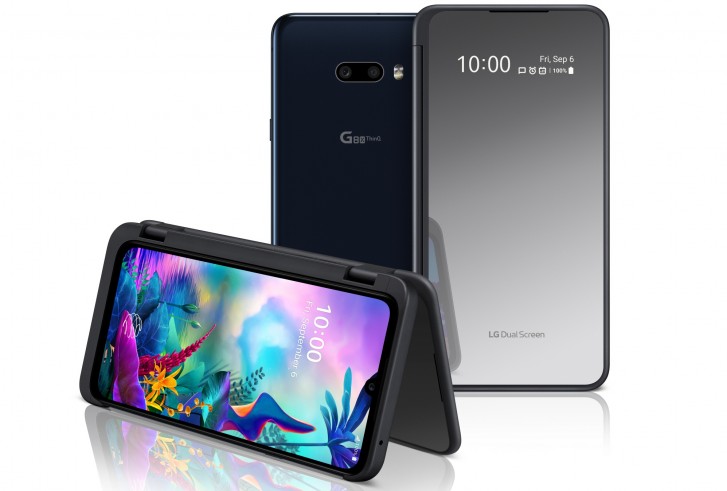 The G8X comes with a larger display than the G8, matching the V50's 6.4-inch diagonal. It's lower-res than either of the current models, however, at 2340x1080px as opposed to their 3040x1040px. Perhaps it has something to do with market segmentation in its home country - the G8X will be known as the V50S in South Korea.

The G8X still uses an OLED panel, and this time around LG's fitted an under-display fingerprint sensor - might as well. The selfie camera's changed too - a 32MP Quad Bayer unit replaces the plain 8MP shooter of the G8. Gone is the ToF camera allowing for a smaller and tidier notch up top (plus who uses the Hand ID feature of the G8?). 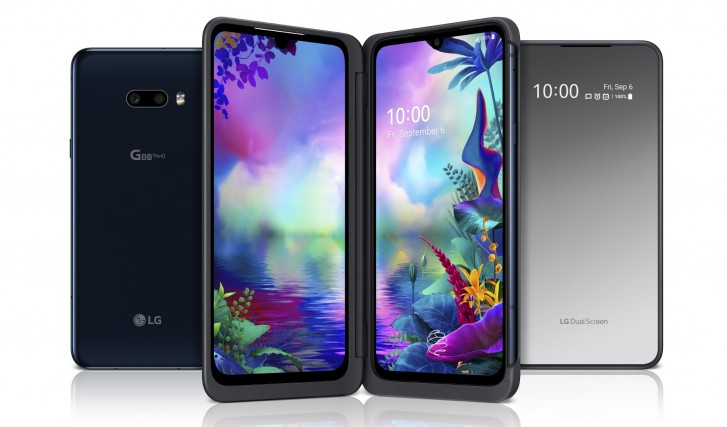 On the back, the G8X's minimalist approach continues - the phone has two cameras, which sit flush with the rear glass panel. The modules go like this - a regular 12MP main unit (1/2.55" sensor, 1.4µm pixel size, f/1.8 aperture, dual pixel PDAF, OIS) and a 13MP ultra wide angle one (1/2.8", 1.0µm, f/2.4, fixed focus) that covers a crazy 136-degree field of view - just like the G5 from way back. Now, most other high-end phones have one form of telephoto camera or another but not this LG.

The other lines in the G8X's specsheet don't contain surprises. It's powered by the Snapdragon 855 chipset (not the more recent 855+) and has a single configuration with 6GB of RAM and 128GB of storage. There's a microSD slot to expand that, LG is persisting with the headphone jack (and the QuadDAC behind it) and there's a 4,000mAh battery to power things. 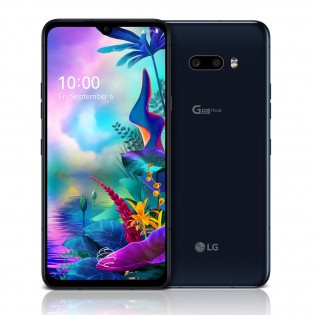 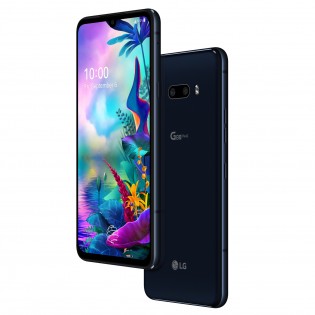 The G8X is big on durability. It's got sheets of Gorilla Glass 6 front and back and has an IP68 rating, but that's not all - it's also covered 14 categories from the MIL-STD 810G standard.

With the G8X, LG is introducing a new version of its in-house Android overlay. LG UX 9.0 has much cleaner and simpler shapes, bolder icons and built-in dark mode. The G8X will launch on Android 9 Pie.

Alongside the G8X, LG pulled the wraps off the DualScreen - a snap-on second display that's an improved version of the one announced with the V50. Essentially, it's a flip case with the cover housing another 6.4-inch display (exact same as the G8X's main one, with notch and all) and a second (or third?), 2.1-inch monochrome OLED display facing the other way. 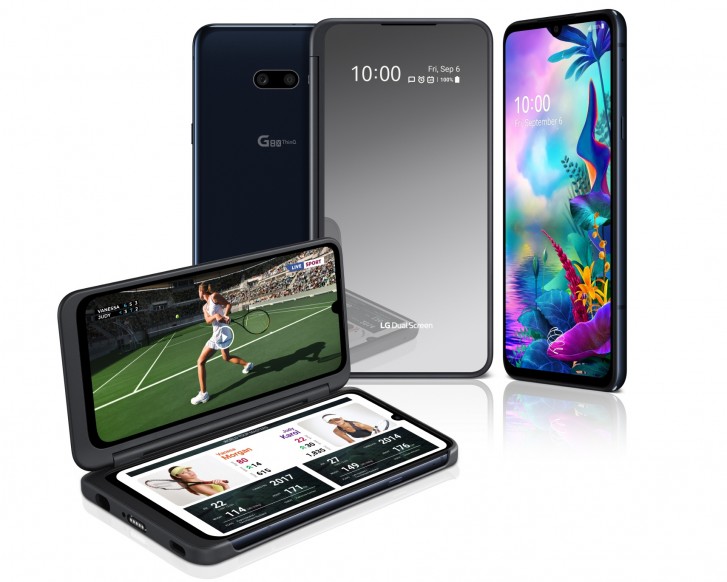 The DualScreen can be used for displaying two apps side by side, having a big and easy-to-type-on keyboard on one, or for a game pad leaving an unobstructed view of the gameplay. And the best thing about it is that you can leave it at home, when you know you won't need it.

The accessory has no battery of its own and feeds off the phone by plugging into its USB-C port, leaving a set of pogo pins for charging with an included adapter or wireless charging as the next best option. The DualScreen adds 134g to an already hefty 192-gram G8X, so you better weigh in your priorities before going out with it.

We went hands-on with the LG G8X ThinQ and the DualScreen, be sure to check that out as well.

Euros or you was thinking i mean hungarian money or japanese yens??? Or maybe Zimbabwe dollars???

What kind of currency is your 2000 buck lol?

did not "say" the same thing twice