Earlier today, senior XDA member danon.brown received an OTA notification on his T-Mobile Galaxy Note5 and proceeded to install it. At one point, he realized the OTA was actually the Marshmallow update.

Nobody else had received such an update, so he took to the XDA boards to ask for help performing a system dump for enthusiasts to recompile and port to other devices as they please. The full system dump is now available through XDA on this page of the thread. 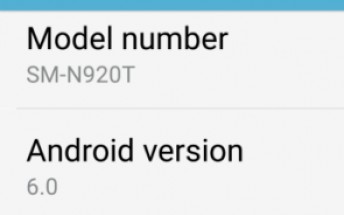 According to T-Mobile’s update tracker, the Note5’s OTA is still in the testing stage and has not yet begun rolling out. It looks like the update might almost be ready but slipped through the cracks before going live.

Check out the Source link below to see all the screenshots that danon.brown posted of the Note5 running the new version of TouchWiz. Previous reports have pointed to Samsung officially releasing the new update for the Note5 and S6 edge+ in December, S6 and S6 edge in January, and Note 4 and Note Edge in February.

Could Samsung add a notification alert for insert S-pen incorrectly?

and who are they? did they get the update to? got a link?

what about other users who are not part of T-mobile ? lol