MWC is just around the corner, which explains why we are getting little in terms of new phone announcements these days - everybody is holding off so they can bring their A-game to the industry's largest event. This means our trending chart is reasonably stable, save for the stir caused by a particularly exciting rumored phone.

Like the Galaxy S20 Ultra, which even made the top last week on the back of a series of spicy leaks. It's down to third now, replaced in the lead by the Galaxy A51 and the Redmi Note 8 Pro.

In fourth we have the non-Pro half of the Note 8 family, which has just edged the Galaxy A71.

The Samsung Galaxy S20 replaces the Galaxy S20+ in the top 10, while the Oppo F15 makes its debut in seventh the week after its announcement.

This leaves the Galaxy S10 Lite and Galaxy Note 10 Lite without a spot and makes for a far more diversified top 10 compared to last week, when Samsung held 7 of the 10 positions. 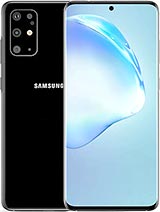 Samsung Galaxy A50 must receive an Oscar award!!!