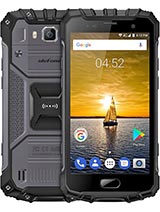 Further observation: Strangely, the fingerprint scanner disengages after 16 days and around 10 hours of uptime, which was the most common reboot reason for me (next to the camera server freeze glitch, which occurs on varying uptimes).

I am not sure why that happens, or if it only affects me.

6 GB of RAM is also generous for this price range, especially in 2017. (If only apps could be pinned so they are never closed in background, so they never need reloading.) But I forgot to add few observationsand:

The third-party camera app "Open Camera" has a long shutter delay (around an entire second) between photos, but it can do something the precluded camera software can not do:

I wonder if it supported 240fps at an even lower resolution, if OpenCamera had such option. Or maybe the image sensor offers these options (read by OpenCamera).

Fast charging surprisingly works while using the front, but not the rear camera, except if the elevated voltage (9V or 12V) is manually applied through a KW203 USB multimeter which has shortened data lanes on port 2 (do not try unless you have knowledge about electrical engineering).

The video recording can be paused and unpaused without delay, allowing to create videos with short sections from different locations for fun.

The camera flash is brighter during focus than when capturing the photo itself!

In "professional" (not really) mode, the ISO setting only works when ZSL (zero shutter lag) mode is enabled.

While the rear camera's image sensor is not good, at least the camera software (package name: com.mediatek.camera) is very fast (low shutter lag), and low-light performance for video recording is improved with VFR (variable frame rate), where frame rate may be adjusted between 10fps and 30fps to extend exposure time when necessary.

Also, the front camera supports lossless digital zooming for video recording, which is a rather rare feature on smartphones.

Photos during video recording have the same resolution as the video itself, making the feature almost redundant.

Protip: Deactivating the zero shutter lag mode in settings may reduce shake blur in low light. Apparently, the software times the capture to a moment with low shake. They should have inverted it and named it "night mode" because otherwise the user asks themselves why they would ever deactivate zero shutter lag.

Another thing to add:

After around two years, the power button started getting unresponsive. One needs to push it very hard.

Usually, a failing non-replaceable battery is the death sentence of a mobile phone. On the Armor 2, the battery terminals are behind the motherboard, meaning that replacing it is dangerous and might inadvertently destroy the phone.

But on the Armor 2, the rubber band and power button failed first.

I searched for a case for the Armor 2, but it did not exist. Possibly the power button and rubber band being exposed lead to these problems. The irony of an outdoor phone.

But what I highly appreciate of the device is that, while the battery itself charges only at 10 watts (not 18W as advertised), the charging speed is unconpromised regardless of usage, just like on laptops.

In other words: Fast charging and using simultaneously, while my Galaxy Note 8 could not do that. In fact, it throttled total charging speed from 15 down to 6 watts.

But the rear camera of the Ulefone Armor 2 is exceptionally bad. I am not sure if it only affects me, or if it is just a bug. There is significant noise noticable in perfect daylight! My working 2006 Panasonic Lumix makes less noisy photos than the Armor 2. And a 2013 Galaxy S4 also makes noise-free photos at daylight.

BaryPro, 21 Jul 2020I've had this phone for almost 3 years now and It's a great phone. PROS: It... morePros: Fast charging during usage.

Cons: Bogus camera. It has these bugs: https://en.everybodywiki.com/List_of_issues_with_the_UleFone_Armor_2_camera

I've had this phone for almost 3 years now and It's a great phone.

PROS:
It's very fast, cheap, rugged and it has great speaker and a great battery life.

CONS:
Bad side is the charging port protector gets broken very easy and then the phone is no longer waterproof, also side buttons gets pressed very easily when the phone is in pocket but you can fix that with the app called "button remaper", also face proximity sensor is very bad and the phone is a bit bulky.

I have this great phone since beginning of September 2017 and it is best buy cellphone for me till now (I usualy buy phone every 5-6 mounts because i broke them working my jobs). It is tested on drop test from II floor when he falls me n concrete and nothing happens :). As a worker I can say very resistible phone with all specs Battery, display, water tests, temperature etc.
Root https://forum.xda-developers.com/android/development/root-ulefone-armor-2-easy-rooting-t3780055
And about Android above 7.0.0 I think it is impossible to upgrade for now.
P.S All spare parts you can buy and change by yourself if you needed, I change my loudspeaker because I have destroy him with iron dust.

How can I upgrade it to android 8 ?

But: At least, it uses the “spare current” charging method, which means that the charging speed is not affected at all by the usage of the device thanks to it drawing additional current needed to power the device itself from the charger.

Total of 11 user reviews and opinions for Ulefone Armor 2.
ADVERTISEMENTS