Red Bull Racing had a pretty good weekend – its driver Daniel Ricciardo was minutes away from missing the qualification, but his mechanics came through and the Honey badger took home a win. Great time to launch the Galaxy S9 and Galaxy S9+ Red Bull Ring limited edition.

The bundle includes a branded box and a special Red Bull Ring case (named after the Austrian Grand Prix track). 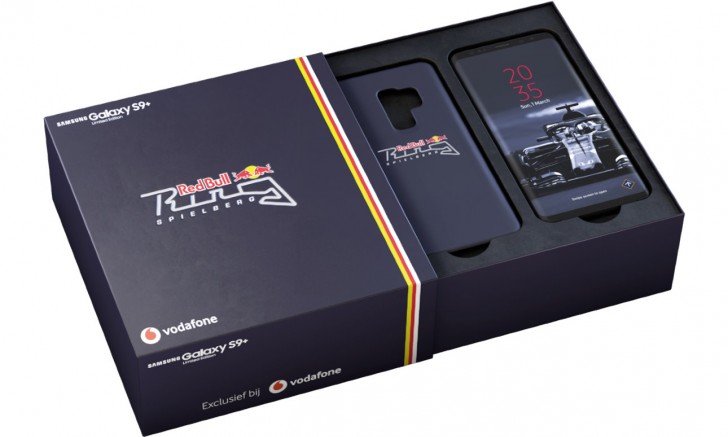 The limited edition phones are available on Vodafone Netherlands starting today and lasting until April 27 (next Friday).

By the way, it’s not just any case - it has an NFC chip that triggers a change in theme – as soon as you put it on, the Galaxy S9 will switch to a Red Bull theme featuring beautiful shots of its F1 cars.

The phones are also pre-loaded with info for each track. You'll also get to enjoy free clips from the Ziggo Sport Formula 1 Cafe and exclusive race images.

The Dutch Vodafone seems to be the only one offering these limited edition S9 phones, which stings a little considering Max Verstappen, Red Bull’s Dutch driver, is not having the best start to his 2018 season.

That is why I hate about Scuderia Ferrari: their team orders.... Once you are a #2 in Ferrari, you'll always be a #2... It's a shame as Iceman has pretty good pace this season and could be a world champion again if they let him free....

Since it's only sold in the Netherlands it's surely designed to ram Ferraris off the road.