The white flavor of the Google Nexus 4 has leaked numerous times. Recently, we also got a video and the official photo of the smartphone. Now, one of our readers has sent us some live images of the white LG Nexus 4 smartphone and the tipster claims to have bought the device in India. 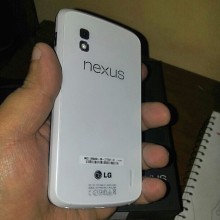 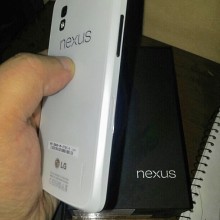 However, the device might not be a retail device and the images could well be of a developer's or an operator acceptance unit. Furthermore, the tip also claims that the device is running on Android 4.3 (Jelly Bean), but we are yet to see its about screen.

Unfortunately, there is still no official word from Google or LG on the official release of the white Nexus 4 model.

Thanks Veer Anand, for sending this in!

nice model and design This LG Nexsus .but confused ducks,vhy white and black, instead of beautiful colors,Brown Silver Gold.?

It is available in India already. Available on e-commerce site Saholic readily, in white color, delivery time is 2 working days, at the same price as black, 25999INR.