Microsoft launched the big Windows 10 update titled "Threshold" back on July 29 2015 and now another big yearly update is on the cards - "Anniversary."

As you can guess, it's scheduled for the 1-year anniversary of Threshold. That's not just a guess based on the name either, a leaked timeline shows the update will indeed arrive on July 29. 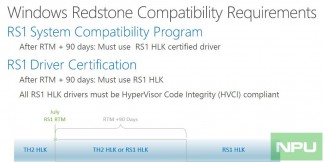 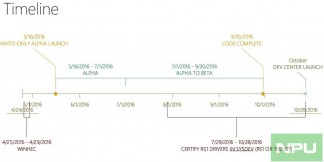 So, what does Anniversary bring to Windows 10 Mobile? Continuum is getting some cool changes - it will add support for touch-enabled external screens, it will be able to send the image to screens connected to a Windows 10 PC and if they both use the same account, you can take calls on the PC instead of the phone.

Then there are changes to the Edge browser - you'll be able to use a different browser to open links from apps (right now it's Edge only), it gets swipe left/right for back/forward.

I've installed windows 8.1 on my laptop after buying license from ODosta Store, I want to activate it to get free upgrade from windows 7 professional to windows 10 home. I'm now confused, How to activate and upgrade to windows 10. Please mention ...

Am I the Only one experiencing Bluetooth Malfunction with this recent May version 10.0.10586.318 cos, no mention of Bluetooth problem fixing in this July update coming up! Dear Gsmarena Admin/Techie or Window Lovers, any solution pls? Microsoft bette...