Xiaomi has already made the Mi 11 official in December, and the phone has gone on sale today with great results. But, according to mumblings on Weibo, there's a Mi 11 Pro coming too, at some point in the near future.

This would make sense considering how last year we got a Mi 10 / Mi 10 Pro duo. The Mi 11 Pro is allegedly pictured in these leaked renders you can see below, in blue and silver. 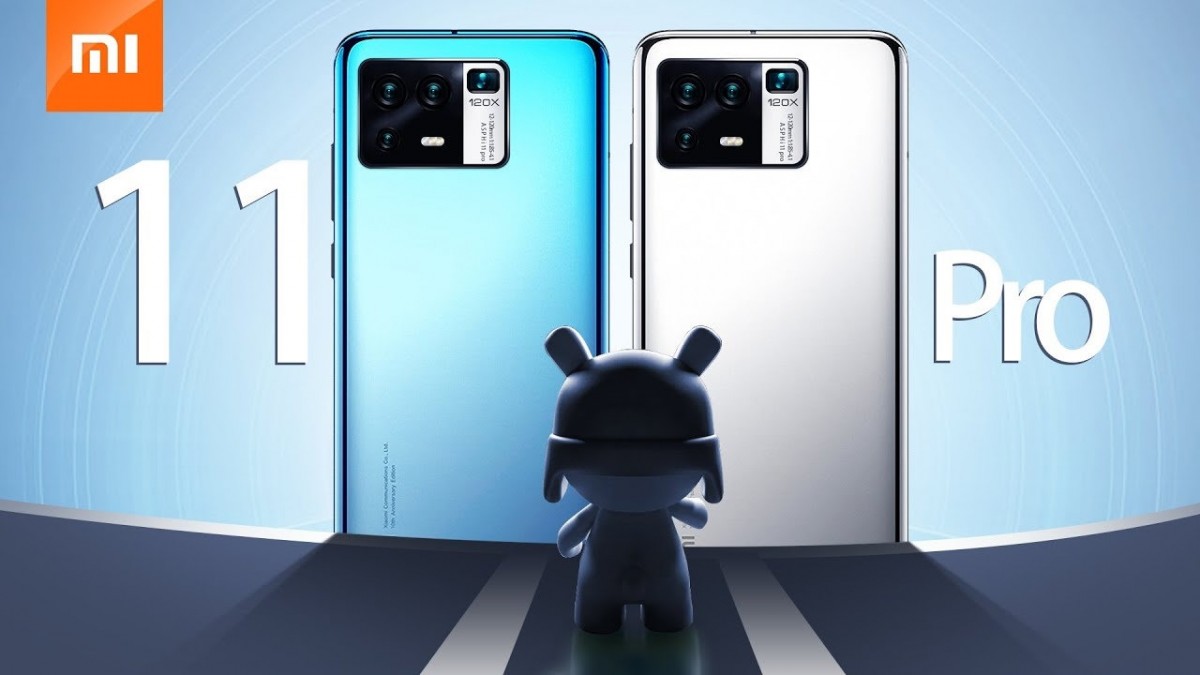 Perhaps surprisingly, the design of the camera island on the back is completely different compared to that seen on the Mi 11. The Mi 11 Pro has four cameras, one of which is of the periscope zoom variety, and the "120x" inscription next to it tells us that Xiaomi doesn't want this phone to digitally zoom any less than the Mi 10 Ultra.

The rest of the writing reveals that the ultrawide has a 35mm equivalent focal length of 12mm, while the periscope goes to 120mm. One of the other shooters is likely to be the exact same 108 MP sensor as the one in the Mi 11, while the last camera could be a 2x or 3x tele for smoother zooming.

Most likely not, unfortunately. But it comes with waterproof rings inside the sim-card, USB-C, and the power button and volume rocker. So, yes, it will be water-resistant, but idk how much. I sure think people will test it, but on the test where it s...