Xiaomi Mi 8 pictured, to come with own Animojis

Xiaomi Mi 8 is coming on May 31, but the device is unveiled one leak at a time, or in this case, several leaks at once. According to the latest leaked video the Chinese company will have its own animojis, similar to what Apple introduced with the iPhone X back in September and what Samsung offers for its Galaxy S9 duo.

Meanwhile the Xiaomi Mi 8's dual camera appeared in a couple posters. The sourcerevealed that it would be better than the dual setup of Mi Mix 2S, currently the best one in a Xiaomi smartphone.

As we established in our review of the phablet, it produces great photos. The Mi Mix 2S employs a Sony IMX363 sensor for the primary camera and a Samsung sensor for the secondary telephoto snapper. 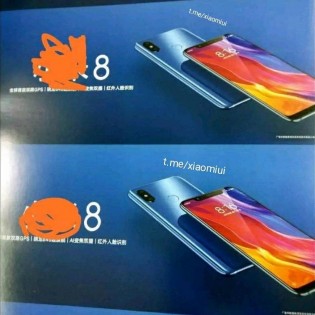 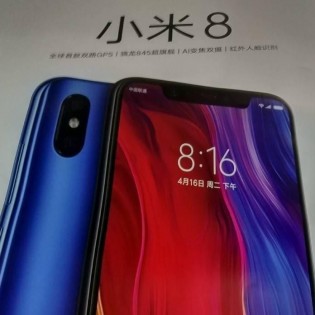 Xiaomi is already preparing for the launch and is in the process of issuing promo materials. One of them appeared was quick to leak giving us a better look of the Mi 8. We can see the rounded edges of the body, the extra-wide notch on the top of the screen and the fingerprint scanner on the glossy blue back.

The next Xiaomi flagship will come with Snapdragon 845 that will enable Quick Charge 4.0+. It will run the latest MIUI 10 that will also make an appearance on Thursday.

Nice wallpaper with black strip on the bottom. We all know the device is bezelless...

the bottom bezel is too big for my liking

Check Instagram and Snapchat trends and you'll be amazed about what's popular nowadays.