The Xiaomi Mi 9T was officially announced in Europe on Wednesday and is scheduled to go on sale next Monday. The device is the international version of the Redmi K20.

Before it hits the shelves, Xiaomi’s official YouTube channel went ahead and posted an unboxing video detailing the goodies that come with the phone as well its key features.

As with past Xiaomi phones users will get a free case, but this time it is made out of hardened plastic. The rest of the packaging features the standard array of manuals, a SIM-ejector tool, 18W charger and a USB-C cable.

Other points of focus from the video were the new in-screen fingerprint sensor as well as the 20MP pop-up selfie cam and 4,000 mAh battery which Xiaomi claims can last up to two days of usage. The Mi 9T’s triple camera setup was also shown in full glory but we’re eager to see how it performs in real life tests. 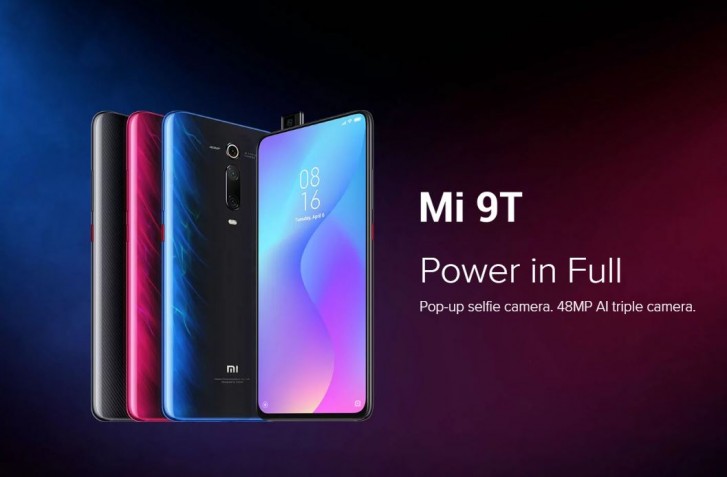 The Xiaomi Mi 9T will be available in Black, Blue and Red colors with the latter two featuring a color shifting design while the former sticks to a carbon fiber finish. Sales begin on June 17 - the 6/64GB version starts at €329 ($370) while the 6/128GB variant goes for €369 ($415). On launch day the base version will be discounted to €299 until supplies last.

Ohh... I see. Thanks. I'm confused as hell. It would help doing a PhD on Mi's naming scheme in different countries! For example, the Indian Mi Note 7S is the same as Chinese Note 7, and there's no chinese note 7s at all, or maybe there is. ...

Yep, you're in right