A few hours ago we reported on a barrage of leaks regarding the upcoming Xiaomi Redmi Note 5, and now it's time for us to gawk at its slightly smaller sibling, the Redmi 5.

Like the Redmi Note 5, this handset also comes with an 18:9 touchscreen, thus adhering to the most obvious trend of 2017 in the mobile world. The Redmi 5 was leaked by a Chinese telecom network, and the image you can see below was grabbed right before the premature listing was taken down. 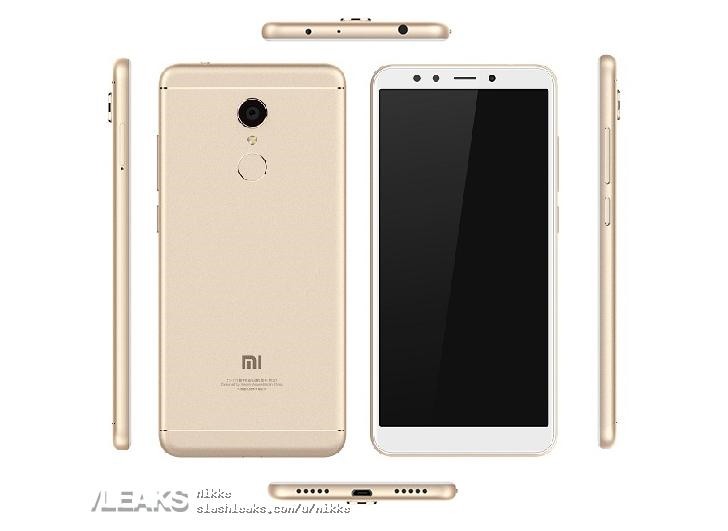 Camera-wise, we're looking at a 12 MP snapper on the back, with a 5 MP shooter for selfies. It appears that the phone uses a microUSB port, so it looks like Xiaomi's budget line isn't yet ready to jump to USB-C. The Redmi 5 is kept running by a 3,300 mAh battery.

It should become available on December 10. Price-wise, CNY 1,399 ($211) was rumored, but if the Redmi Note 5 costs CNY 1,000 ($151) to 1,200 ($181) as we heard earlier today, that can't possibly pan out - no way the smaller device will be more expensive than the larger model. Regardless, do expect both handsets to be incredibly affordable, as has always been the case with Redmi-branded products.

Compared to the Redmi Note 5, the Redmi 5 has a smaller (and possibly lower-res) screen, and a lower-capacity battery.

Agreed, I would say the minimum today should be the QSD 636 (aka Qualcomm Snapdragon 636). It's basically an underclocked QSD 660, with a cheaper price. The QSD 660 is mighty impressive, being equal (or slightly behind) the previous flagship whi...