Xiaomi launched the Redmi 6 series back in June, but there was no Note variant whatsoever, just the Redmi 6A and the Redmi 6 Pro (later arriving as Mi A2 Lite with stock Android). 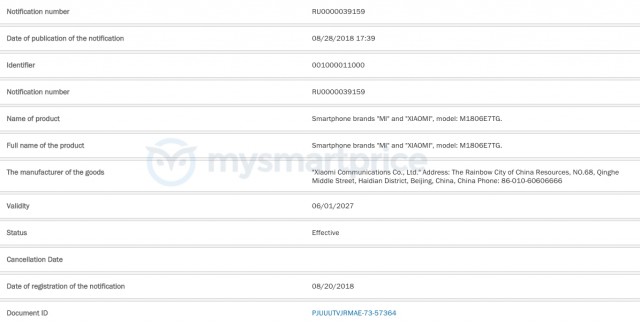 The listing of the two Xiaomi phones

Both phones appeared under one listing with the model numbers M1806E7TG and M1806E7TH. This is not the first time these devices are getting certified - they already appeared at FCC and Taiwans NCC and will arrive with MIUI 9 out of the box and will offer all latest Wi-Fi, voice and data connectivity standards.