Xiaomi will announce a new gamepad for the Redmi K20

On Friday at the China Joy Expo, China’s largest gaming and digital entertainment exhibition is kicking off through this weekend. Xiaomi is expected to be present at the expo and is expected to make a couple of new product announcements.

Xiaomi’s official Weibo account just revealed that it is going to announce a new gaming product. Xiaomi published a poster teasing a new announcement for the recently released Redmi K20. 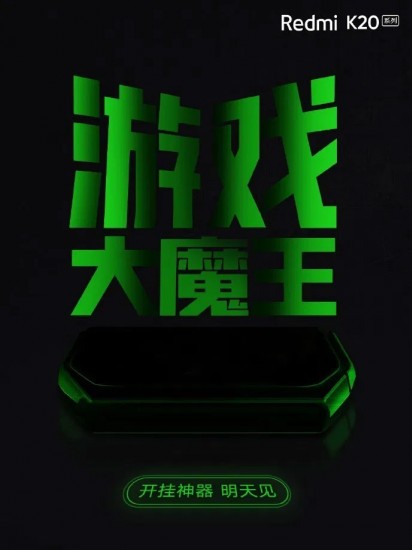 The company is expected to announce a gaming laptop, but in addition, it might be finally releasing the game controller accessory that was initially announced at the Redmi K20’s launch event. The gamepad is identical to the one that launched with the first Xiaomi Black Shark phone. 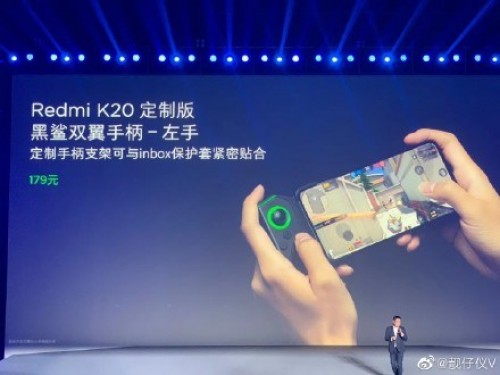 The Xiaomi Redmi K20 is a rebranded version of the Xiaomi Mi 9T, specific to Asian markets. It has a large 6.39-inch display with Full HD+ resolution and powered by a 4,000 mAh battery. The regular variant is powered by the Snapdragon 730 and a K20 Pro variant is available powered by the Snapdragon 855. Meanwhile, there’s a triple camera setup consisting of a 48MP main camera, and 8MP telephoto, and a 13MP ultrawide camera.

On the picture we only see the left gamepad, not the right gamepad Anyway, the portable design of the Black Shark Gamepad is great but it's not recognized as a standard gamepad so it does'nt work directly with games with gamepad support, we have to...

Uh, the 9T is the rebranded K20, not the other way around.

Xiaomi, have a look at the latest Kunia gamepad by ASUS for the new RoG Phone 2. Imitate that, but have it in a way, which doesn't require the owner to use a phone case (ie Slides on like a Nintendo Switch). And make sure that, both left and rig...