ZTE announced two smartphones at the MWC in Barcelona this year - the ZTE Blade V7 and Blade V7 Lite. Both phones are made of metal, and the manufacturer tried to make them as thin as possible. 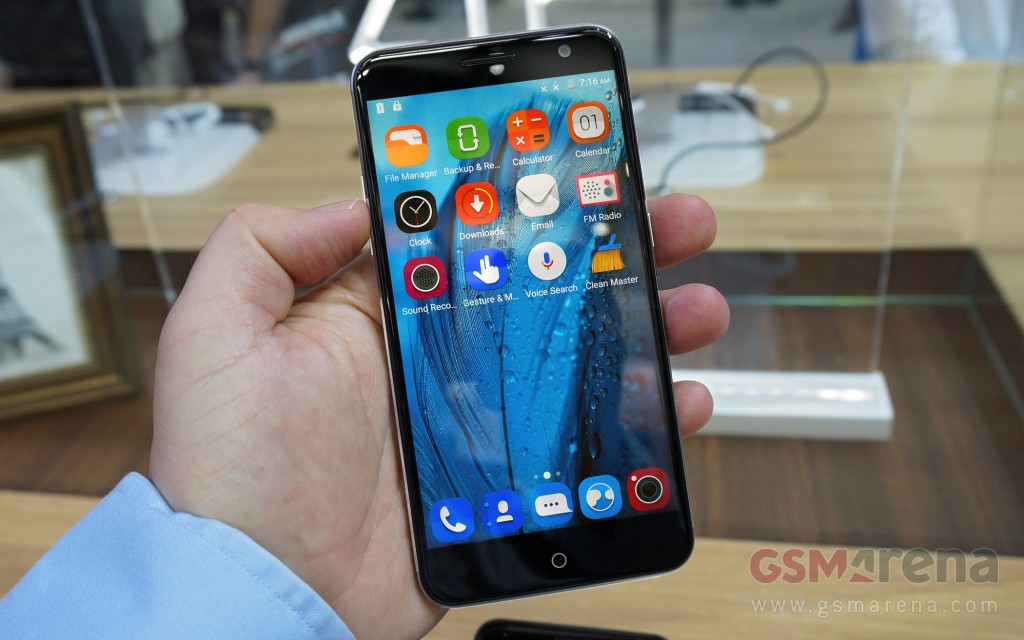 ZTE Blade V7 has the better rear camera - a 13MP one with a dual-tone dual-LED flash. Its selfie shooter is a 5MP, but it can use the screen as a flash.

We found the Blade V7 at ZTE's booth, and it's indeed quite thin and lightweight. The bezels are rather small, and the 2.5D glass makes them look even tinier than reality. The phone is a pleasure to handle as most of the metal-clad smartphones are nowadays, and we like the design.

The Blade V7 runs on Marshmallow and is indeed a looker. If priced right it indeed has the means to sell well. ZTE says it will launch in summer 2016 in Germany, Spain, South Africa, Ethiopia, and Mexico in the middle of 2016.

The ZTE Blade V7 Lite may look like an inferior version of the Blade V7, but adds a fingerprint scanner and a better 8MP snapper with an LED flash at the front.

The Blade V7 Lite has a 5" 720p display and is powered by an MT6735 SoC with a quad-core processor and 2GB of RAM. Its rear snapper is an 8MP AF one coupled with a single LED. The front shooter, as we mentioned above, utilizes an 8MP FF sensor with a dedicated LED flash.

The phone is also made of metal, the design is likable and simplistic, while the fingerprint scanner is on the back, just below the camera.

The Blade V7 Lite is also pleasurable to handle and feels even lighter in hand. The Android Marshmallow runs hassle-free and the proprietary launcher isn't heavy, yet it offers quite a lot pre-installed apps.

ZTE is targeting the Blade V7 Lite for a spring launch in Russia, followed by Mexico, Spain, Germany, and Thailand. Hopefully, ZTE puts a nice price tag on it, too.

ZTE brought out a most unusual, versatile device - the ZTE Spro Plus smart projector. The company has a couple of these, but we still can't get used to them.

Anyway, you get pretty awesome audio with stereo 4W Harman speakers with Dolby. You can buy a Bluetooth Speaker Box if that's not enough. And the show will go on for quite a while with a 12,100mAh battery.

The ZTE Spro Plus has a version with LTE connectivity (so you can use it as a hotspot with 2.4GHz and 5GHz a/b/g/n/ac networking). There's a Wi-Fi version as well. Anyway, you can plug in a USB camera (odd, isn't it?) and VoLTE so you can do calls and even video chats.

You can get it handset only on online shopping websites like Amazon or eBay but if you live in the UK, you can get it exclusive from Three on contract. The cheapest contract is £9 a month with 500gb of data, 300 mins and unlimited texts.

push power button + volume down at once