The upcoming gaming flagship nubia Red Magic 7 already got its specs revealed by TENAA and today the listing was updated with images of the phone. We get to see the changes nubia is bringing on the design side.

The ZTE subsidiary will keep the vertical camera design, shoulder sensor triggers and the aggressive gaming looks, but we can see the air intake vent has moved from the side onto the back panel. 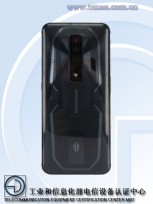 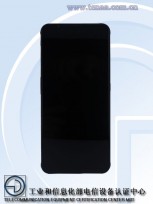 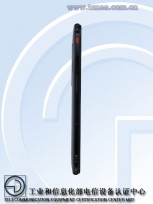 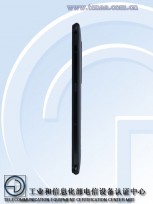 The front-facing camera is positioned in the top left side, it appears that much like its predecessor it's mounted on a full bezel - no notches or punch holes. The game mode slider, a staple in the Red Magic series, is still on the left side, above the volume rocker, while the power key is on the right hand side.

The big change is the cooling solution. The repositioned air vent suggests big shifts under the hood and we hope the final result would be even better sustained performance.

The Red Magic 6S Pro dominated the benchmark charts since its unveiling, and we expect the ZTE nubia Red Magic 7 to be once again among the fastest with its Snapdragon 8 Gen 1 chipset.

It looks like it may even pack two fans? But that is the first time I have seen 3x ducted air ports. 2x in. 1x out?

I still love my Red Magic 5g. Updates have been great. Still runs like the day I got it. I do agree with the post about needing a new controller. Also, I wish the controller didn't cover the headphone jack.

Those Jerry reviews are unrealistic, if you're treating your phone like that you deserve to have it snap in half, for most people that actually care about their possessions and show due care when using them (like not intentionally snapping them ...