alcatel is revamping its branding and product strategy this year, coming out with three distinct series - 1, 3, and 5 - all with 18:9 screens. Some of the lines will have multiple devices, and it already looks like the '3' tier will be the most crowded. We've already seen leaked press renders of the alcatel 3C, and today the 3V got the same treatment.

On its own that wouldn't be a lot, because the brand has already put out some teaser renders of its own back at CES. But fret not, for we've also got the full spec sheet for the alcatel 3V to go with the pics. 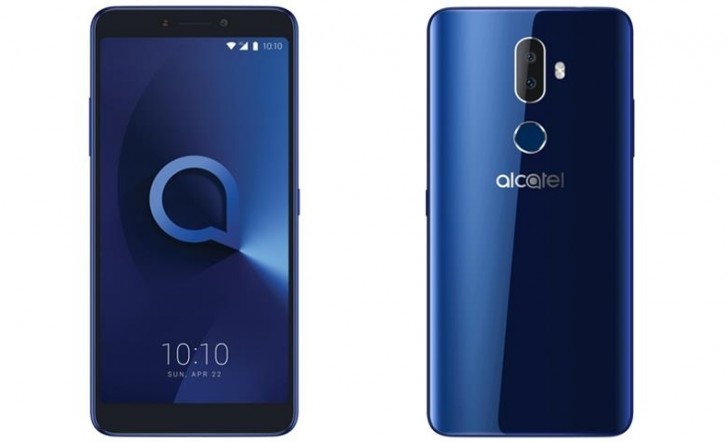 The handset is going to be 8.05mm thick and weigh 169g. In Eurozone countries its recommended retail price will be around €179. It's unclear what version of Android it will boot, but regardless of iteration you shouldn't expect any updates - if the brand's past behavior is any indication.

Some of alcatel's fresh new smartphones could become official as early as next week, according to a rumor from a few days ago. If that doesn't pan out, MWC next month is when all of them should be properly introduced to the world.

It is absolutely beyond me why they even bother creating a specific update app for their devices, when no update will ever come and everyone knows it. :D